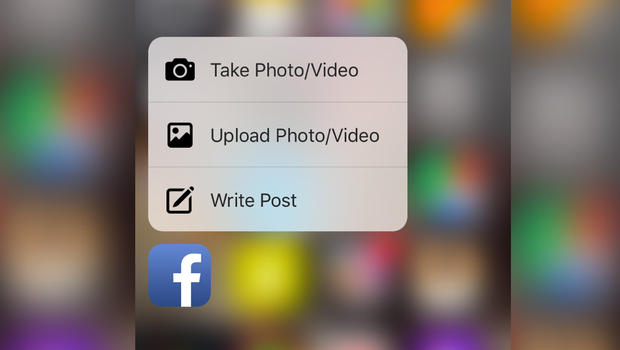 When iPhone 6S was launched last year, Apple started taking the smartphone business into a new screen-centric direction and trying to set itself apart from other high-end devices in the market.

This is how 3D Touch was introduced to Apple’s flagship product, a feature that causes the phone’s touchscreen to react differently when the user applies pressure on the display. The 3D Touch is aimed at diversifying the way we interact with iPhones.

For example, Apple introduced “peek and pop,” a term that describes the options available when the iPhone 6S user hard presses a link in an article. After displaying a preview of the webpage linked, the user can opt to follow the link or close the preview.

The entire operating system is filled with other peek and pop features, starting from the Photos application to Apple’s native e-mail application. Head over to Apple.com to discover more of the hidden gems in your new device.

Many apps have also integrated 3D Touch support in their own code, such as Twitter, Instagram and Facebook. Hard-pressing any of these apps’ icons will allow you quick access to instantly sharing photos or writing status messages.

And speaking of Facebook, the social network told Techcrunch that 3D Touch support will soon come to Facebook’s iOS app – provided you own an iPhone 6S. Users will be able to use the hard press feature to get a “sneak peek” for someone’s profile.

Facebook will also integrate previewing groups, pages, and other sections available in its native app. The 3D Touch will save you some time by allowing you to peek before deciding whether to pop or head to links.

We all know how annoying the articles with misleading titles are, or the clickbait links. Thanks to 3D Touch, Apple will give the users more power to stay clear of such sites and not contribute to their traffic.

Peeking – into a preview – and popping – into the content – is something Facebook is really excited about. According to a spokesperson of the social network, this feature should improve the user experience with its iOS app.

However, you shouldn’t hold your breath until the full launch of the feature, because, as expected, Facebook announced it will test 3D touch on a handful of users first. So it might be some time before it spreads to all corners of its network platform.
Image Source: CBS News