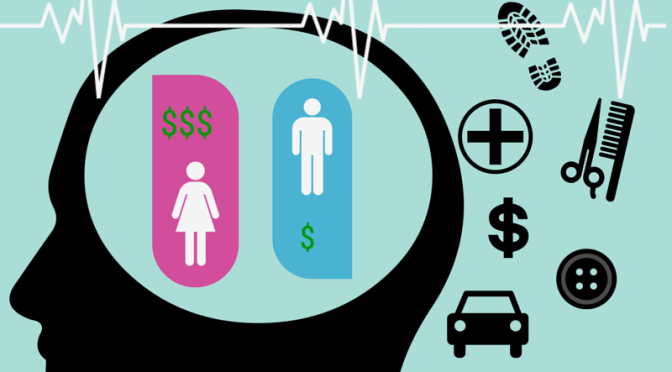 Over the course of their lives, women pay significantly more than men for similar products, in terms of thousands of dollars. According of a study of the gender pricing of goods in New York City, gender-based pricing discrepancies are surprisingly widespread.

Conducted by NYC’s Department of Consumer Affairs (DCA), the study compared roughly 800 products with specific male and female versions offered by over 90 brands in store and online. It turns out that gender pricing results in women’s version of products costing a lot more than men’s.

The DCA report concluded that, on average and across five industries, products directed specifically at women cost 7 percent more than essentially similar products for men.

By covering an entire average consumer lifecycle – starting from baby- to senior-targeted products – the study attempted to provide a thorough insight into the experiences of consumers of all ages.

But the study also offered some case studies to back up their conclusion, such as scooters, children’s cycle helmets, razor cartridges and shampoo. The DCA’s ultimate goal was to show how almost identical products can cost so vastly different depending on their target audience.

Calculating the differences over the course of a woman’s life, the DCA found the financial effect of these gender-based pricing discrepancies to be highly significant.

According to a study conducted by the State of California in 1994, it was estimated that women basically paid an annual “gender tax” of roughly $1,351 for the same services and products as men.

Although some portion of the price discrepancies could be driven by “legitimate factors” – which were not discussed in this study – the higher prices are largely unavoidable for women.

It’s as if women could control the textiles or ingredients used in the products marketed to them, which they cannot, which means they can only make purchasing choices based on what is available in the marketplace.
Image Source: No Caged Birds