You are here: Home / Technology / Take a VR Tour Inside the White House with Google Video 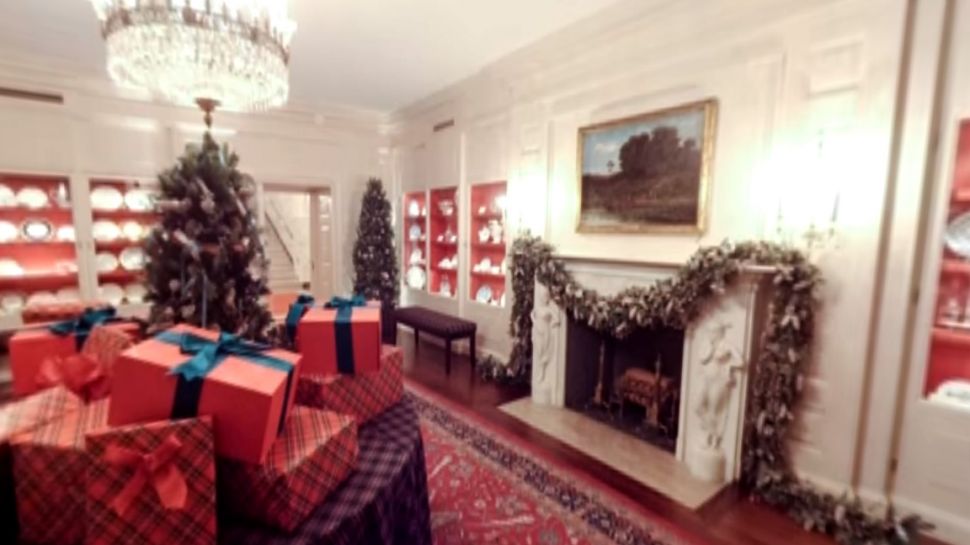 No matter how impressive you think your Christmas decorations are this year, there’s always someone else who takes it up a notch each year. Thanks to Google, you can look inside the White House and see their decorations for a change.

Google has just released a 360-degree video showing off the inside of the White House with some of the Christmas trees and ornaments that are already up for the holiday season.

Joined by a narrator that explains everything you see in excruciating detail, the viewer follows through a number of elegant rooms and corridors, such as the East Garden Room, the East Colonnade, the White House Library, the China Room and the Vermeil Room.

If you’re wondering what the big deal is, the video is among the first VR productions by Google, so all you need for the full experience is to pop your Android phone into a Google Cardboard.

You can also simply play the video on YouTube – on desktop or mobile – and use instead the panning features to look around on your iPhone or iPad. Google revealed there is also a Google Expedition version of the five-minute video so that teachers can use it to guide Cardboard-equipped groups around the building.

Ever since it was launched in September, Google Expeditions has kept a low profile, quietly equipping schools with Google Cardboard VR viewers and smartphones. Jump, Google’s official platform for making 360-videos with 16-camera VR setup launched in a similar way, with the first official videos popping up only last month.

But between Cardboard and Jump, Google has been making significant progress in advancing the virtual reality development. That’s great, considering the great potential offered by virtual reality, that of transporting users into exotic locations and other dimensions.

Given that many people will never go in person to the White House, this virtual tour should’ve been downright enlightening. However, it takes a lot of work to make VR video look good, and this particular one isn’t there yet.

Even with HD resolution, the muddiness of the video doesn’t come near the documentary The New York Times produced with Vrse. There are plenty of glitches and technical issues that Google has to work on, but one thing they completely nailed: presenting a nearly seamless panorama, thanks to Jump’s stitching software.

Either way, it’s a great difference between watching the video on a tiny browser window and experiencing the fun VR video that takes over your whole field of view.
Image Source: Tech Radar