You are here: Home / Technology / Users Can Share Posts on Tumblr via a Paper Airplane Button 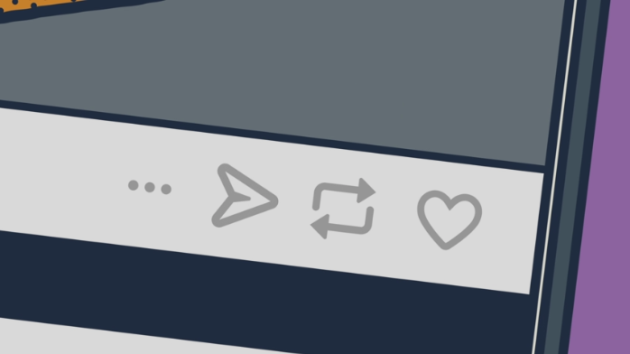 Last month, a subset of Tumblr users were the lucky ones to receive an early Christmas present in the form of a much-awaited instant messaging service, yet another present is about to be unwrapped.

Today, December 11, 2015, Tumblr announced the feature – available on web, iOS and Android – starts rolling out in a broader launch, namely, to all users. Airplane Tumblr’s messaging service introduces a way to communicate strictly to other users on the service with the help of a friendly chat-like interface.

At first, the product wasn’t really impressive with its fairly bare-bones; messaging others was pretty much all you could use it for. But now users can share posts on Tumblr via a paper airplane button as part of the most recent update. It only makes sense that Tumblr would make that possible, seeing that most users are generally connecting because they have shared interests.

Tumblr is unlike other social networks where people would use chat-like services for simply keeping up with and networking with friends. It’s not uncommon for Tumblr users to know each other only by their screen names, and not know their real identities.

That’s why being able to share a post privately with another Tumblr user and commenting on it is something that many users would want. In order to use the post-sharing feature, you just have to click on the little button that now pops next to every post on Tumblr.

Given that this is the first new action button introduced on Tumblr ever since the reblog, this is actually pretty big news for the company. Available on both your Dashboard and on all Tumblr blogs, the button allows you to send any post as a message. If you click on it, you can search for Tumblr users to share it with.

So far, the button is available on iOS and the web, but it will soon arrive on Android, too – as soon as the next 24 hours, according to Tumblr. When it first launched the messaging service in November, the company announced the broader rollout would take several weeks to complete; it seems they are right on time.

Even though messaging doesn’t seem like much for Tumblr, it’s actually a significant development, adding a new real-time component to the platform. It has the potential to transform the way people use Tumblr, especially seeing they shift more of their activity to mobile, where messaging apps are king.
Image Source: Talk Android