You are here: Home / Tech & Science / Tiniest Printed Color Image In The World 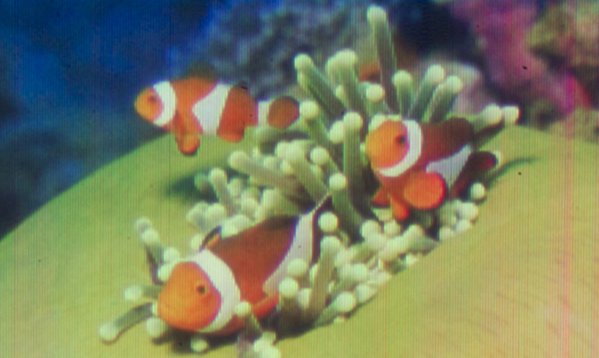 The picture was achieved through quantum dots

It’s been Guinness approved after researchers at Swiss university ETH Zurich created the tiniest printed color image in the world. The amazingly small picture can’t actually be seen by the naked eye. It would require a high-tech microscope, but, fortunately, Guinness had one available.

Researchers managed to created the smallest printed image ever, and it’s about the size of the cross-section of human hair, or around the size of a single pixel on your smartphone. That means that it’s around 0.0082 mm2. The inkjet printed image measures at about 80 µm (micrometers) with 115 µm. It’s exceptionally small, yet it provides with a rather clear image.

Reportedly, because no one can actually see it without a microscope, the picture shows colorful clownfish around an anemone. For a better way to imagine it, it was said that the fishes shown in the picture are 3,333 times smaller than clownfish in real life. That’s essentially the smallest picture of Nemo we’ll ever see. In thickness, however, the photo approaches normalcy at around the same as a piece of paper.

While there might be little but novelty use for an image that no one can see without expensive equipment, the technology behind it is the crucial factor that should be admired. Researchers at ETH Zurich and partners from Swiss start-up Scrona, printed the image through the magic of “quantum dots”. It’s the same type of technology used for very luxurious HD televisions.

The image of the tropical fish was achieved by essentially depositing the quantum dots. These tiny little marks emit light in different colors depending on their size. The team used the basic RGB channel (red, green, and blue). The biggest dots were red, the smallest dots were blue, and green was right in between them. Any variation of size among them led to other important hues, such as yellow, purple, and orange.

Each quantum dot was only 500 nanometers away from its neighbors, which rounded up the image at 25,000 dots per inch. Guinness had to use a special microscope to verify. The 3D NanoDrip Technique that made it all possible could have numerous uses from now on. It could become incredibly beneficial for anything that requires sub 100 nanometers printing.

Future electronics, optics, or other nanostructured materials could see to the benefit of the 3D NanoDrip Technique.

In the meantime though, researchers at ETH Zurich and Scrona have started up their Kickstarter campaign. Any backers can provide an image that they want shrunk down to near invisible sizes. And, because there’s no point of a picture that no one can see, the team will also provide them with the proper telescope to actually view it.