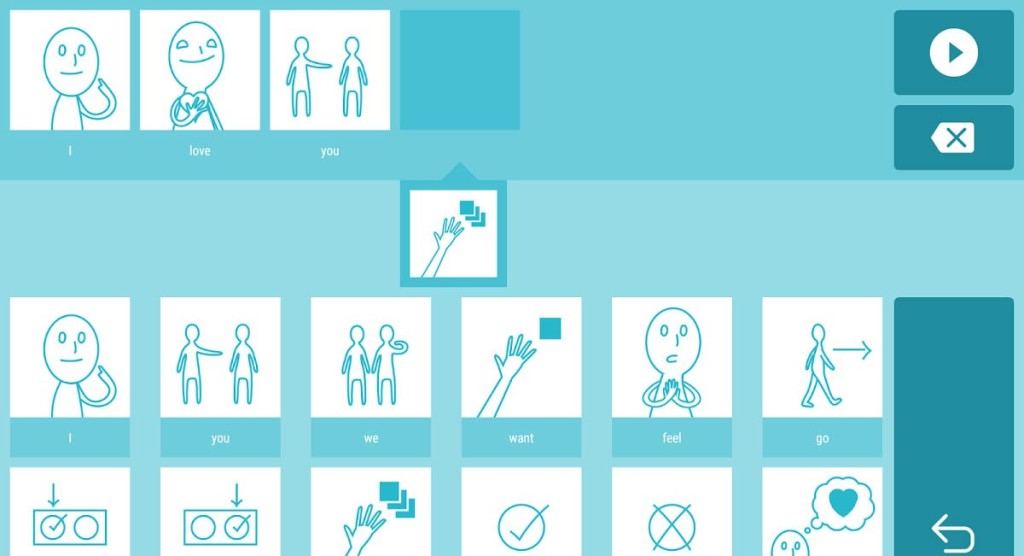 On Wednesday, SwiftKey launched a new symbol-based assistive communication app running on Android that aims to help “young, non-verbal individuals with special needs,” but can be used by other people, too.

So far, the app is only in beta mode, currently under the protection of SwiftKey Greenhouse , the company’s department for users who want to test apps in development in order to provide feedback before their stable versions make it to the general public.

In the blog post announcing the creation of SwiftKey Symbols, the company also revealed the ultimate purpose of the app: to make it possible for people with talking and learning difficulties to communicate with their friends and family with the help of an accessible, free app.

As far as how the app works, users can build sentences by choosing from various images that exist in separate categories. They can also use the prediction bar that works via the SwiftKey SDK, which teaches the app to learn from each individual’s behavior in order to become more relevant.

The app also has the ability of tracking the use of symbols and the preference for one or another depending on the time of day and day of the week; this is another way the app learns which images the user would want to use, and therefore, increase the app’s relevancy in  future predictions.

SwiftKey Symbols is also designed to be customizable – users have the ability of adding their own categories and images. At the same time, the app offers the speech-to-text feature to read sentences. For those interested in downloading the app, the SwiftKey website has made it available for all for free.

Earlier this week, SwiftKey updated its app with some new and exciting features, such as an updated emoji panel. The revamped emoji offer adds two free new festive holiday themes for all users, and double-word prediction.

Developers also equipped the app to remember the last used category in order to increase user convenience. The update also includes support for Pinyin, a phonetic software that “transcribes the Mandarin pronunciations of Chinese characters into the Latin alphabet used in China, Taiwan, and Singapore.”