You are here: Home / Tech & Science / Severe Decline in Wild Bee Populations Across Agricultural Areas in US 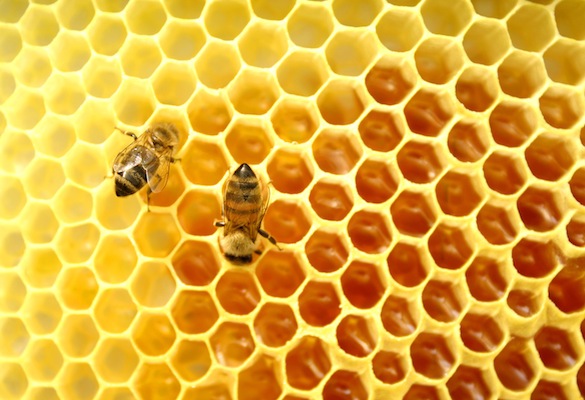 Many crops exclusively rely on wild bees to pollinate them, but some of the main agricultural regions of the United States have been reporting severe decline in wild bee populations.

Researchers have produced the first national map of bee populations which prompted a lot of numerous trouble spots to appear in some of the most crucial regions. The report published on Monday cited 139 counties as particularly worrisome, where farmland for crops is increasing while wild bee numbers decrease.

The red-flagged counties included agricultural regions of the upper Midwest and Great Plains, the Central Valley in California, west Texas, the Pacific Northwest, and the southern Mississippi River valley.

According to Taylor Ricketts, chief of the University of Vermont’s Gund Institute for Ecological Economics, the 139 counties – which cover roughly 40 percent of the pollinator-dependent crop areas of the U.S. – will most likely encounter inadequate pollination in the near future.

Ricketts said that wild bee drops will most likely mean increased costs for farmers and, in the long term, could even represent a severe destabilizing factor in crop production. There are just a handful of crops, such as wheat and corn, that do not need pollinators.

According to the study, the population of wild bees has reduced in 23 percent of the continental U.S. between 2008 and 2013. The number one factor that has influenced this nefarious trend is the conversion of the bees’ natural habitat into farmland, such as corn for biofuel production.

Diseases and pesticides are also factor that played a significant role in the declines we witness among the nearly 4,000 U.S. species of wild bees. Rickets explained they are especially important as they “help pollinate many of our most nutritious crops and support natural ecosystems.”

As if this wasn’t already of paramount importance, wild bees are also hard workers, contributing over $3 billion to the U.S. economy every year. If wild populations decline, farmers will have to rely on commercial honeybee colonies for pollinating crops, but their numbers are also dropping fast.

Published in the Proceedings of the National Academy of Sciences, the study conducted by lead author Insu Koh of the Gund Institute followed a 2014 memorandum by President Barack Obama to create a task force to evaluate pollinator losses.
Image Source: Death And Taxes Mag