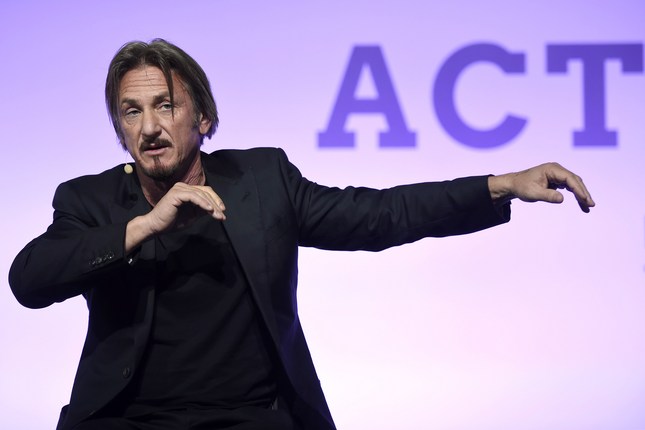 Sean Penn spoke about the importance of COP 21

Among other Hollywood celebrities attending, Sean Penn and Robert Redford spoke at Paris talks regarding the ever-important issue of climate change. The Paris Conference on global warming has begun and will be running through December 11th. Hopefully, all nations will make agreements to stop temperatures from rising an additional 2oC worldwide.

There are several celebrities in attendance, including Alec Baldwin, Leonardo DiCaprio, Sean Penn, and Robert Redford. The latter two have each presented their own discussions on climate change and the importance of addressing the issue fast.

While it’s often easy to dismiss Hollywood actors and actresses in serious matters, both Penn and Redford are environmental activists in their own right, with achievements, goals, and a history of fighting for a healthier planet. They are just the few among those who will be talking about the issue that is slowly creeping into the minds of the global population.

Penn is the founder of the J/P Haitian Relief Organization, and spoke outside the official United Nations talk on climate change. The A-list actor stated that he hopes Haiti will become a “model of reforestation” for the entire world after a 10 year-long planned is achieved. Penn also stated that the Paris Conference on climate change arrives at a perfect moment in time.

Now, “we have clarity and the days of dreams have given way to the days of doing”. A similar message was echoed by fellow actor Robert Redford. Now at 79 years old, Redford has been an environmentalist for a very long time. Since the 70s, he has fought against coal and oil companies against gas emissions, lobbied Congress and the Senate, and served as a trustee for the National Resource Defense Council.

According to Redford, global warming has now become an urgent matter. The Paris Conference is “key” to a better future, as the world is slowly running out of resources. And, finally, most are starting to feel it well enough to admit the consequences of increasingly high temperatures. The moment has finally arrived, in Paris, according to the actor.

Redford stated in an interview that he tried for years to bring more awareness for the matter, but made no strides with Washington. Now, it could be the moment when the population, as a whole, can move forward even without politicians. He referenced the “game-changing” comment made by the Pope, that climate change is no longer just as political issue, but a moral one.

In response to people in the Congress who are climate deniers, Redford stated that “their time has run out”. The world has arrived at a moment when ‘talk’ is moving to ‘action’.