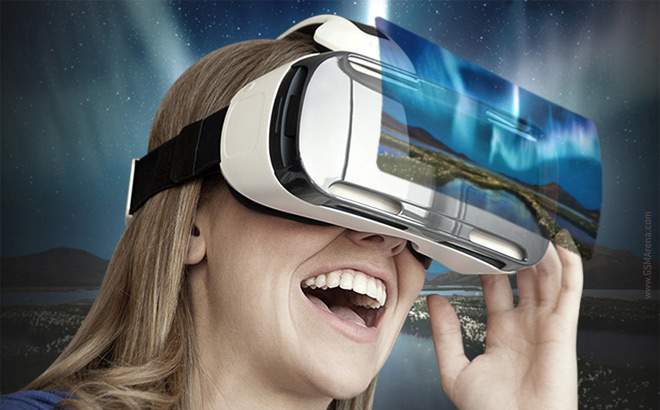 Samsung Gear VR is tackling a new type of content

In order to keep up with the upcoming competition, Samsung Gear VR is preparing a thriller game ‘Gone’ that will step between the boundaries of video game and TV series. Virtual reality is a subject tackled many times, and initiated by already released platforms such as Gear VR and Google Cardboard.

However, these are the ‘light’ versions of what is to come. In 2016, there’s likely to be a boom in the industry, due to headsets launched by companies such as Oculus, Sony, and Valve. As the ‘big guns’ will enter the market, others need to make sure that their products will not remain irrelevant. Samsung is doing their job at providing with interesting content that will not end with them pushed in the background.

The disadvantage of the Gear VR is that is has to pair with a Samsung smartphone. And, a simple smartphone, no matter how well it performs, cannot measure up to the hardware that will be coming up for 2016’s virtual reality headsets. What they can do is provide thrilling content and innovate areas where others will expand in the future.

Thus, Samsung partnered up with Skybound Entertainment for the purpose of creating a thriller game called ‘Gone’. The company is headed by Robert Kirkman, who is famous for creating the comic series ‘The Walking Dead’, and David Alpert, who is an executive producer of the TV series with the same name. This means that Samsung has gathered up the creative minds of successful thriller story tellers for the purpose of making a new game.

‘Gone’ has been teased with a very short trailer, tossing the viewer into what might be an intrigue-filled scenario. A little girl disappears, or is ‘gone’, and it will be up to the player to solve the mystery. Perhaps it’s a matter of kidnapping, a wandering child, or something else entirely. The plot point was left vague, but it seemed that the viewer will be investigating the disappearance.

According to Samsung, this won’t be a common “lean back, eat-your-popcorn” sort of experience while the plot unravels. Instead, viewers will be challenged, required to follow ‘hotspots’, and investigate the issue. Furthermore these ‘hotspots’ will be available for only a short period of time before others will appear. This means excellent re-playability, and might turn viewers to trying out ‘Gone’ over and over again.

‘Gone’ will be soon available for Gear VR through Milk VR, and will have episodes added over the following months. Even if Samsung might be crushed by competition in virtual reality in 2016, perhaps ‘Gone’ will inspire or “ignite” others out there to create similar content.