You are here: Home / Tech & Science / Genome Editing Is Even More Specific with Tweaking of Enzyme Cas9 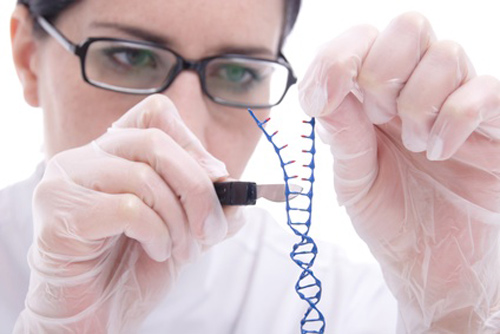 Genome editing is even more specific thanks to the alterations synthetic biologists have made to the enzyme that cuts DNA – a crucial improvement if the technique is to be eventually used in clinics to treat hereditary diseases.

The enzyme Cas9 is one of the most important elements of a molecular-editing system because it allows researchers to tweak particular DNA sequences in the genome. The technology, called CRISPR-Cas9 after the enzyme, is so cheap and quick that it has already changed the way genetic research is conducted.

Scientists hope the new improvements will bring them one step closer to providing a safe way to correct genetic mutations responsible for disease in humans.

In light of this discovery, researchers from the United States, the United Kingdom and China have met on December 1 in Washington DC to discuss the implications and the moral issues that derive from gene-editing in humans.

Before the technology can be used for clinical applications, regulators must make sure the Cas9 enzyme will not become the cause of dangerous unintended damage to the genome.

David Liu, a chemical biologist at Harvard University in Cambridge, Massachusetts, explained that maximum caution is being employed in using the Cas9 enzyme for therapeutic applications, so as to avoid modifying the genome off-target.

The error rate has already been driven down significantly through tweaking the elements of CRISPR-Cas9; for example, the system has been engineered to be easily shut down, allowing scientists to have more control over what the enzyme changes and limiting its opportunity to make unwanted alterations.

Feng Zhang, a synthetic biologist at the Broad Institute of MIT and Harvard in Cambridge, has taken another route, focusing on improving the Cas9 enzyme itself. His team obtained an enzyme that’s significantly less likely to perform off-target errors – at least tenfold more accurate than the unaltered Cas9 enzymes.

Zhang’s team is proud to have engineered 3 new versions of Cas9 that are reportedly less faulty and just as active as the ordinary Cas9. Even though the unaltered Cas9 enzyme is enough for most research applications, it is still inefficient when it comes to therapies.

The tenfold improvement achieved by the engineered enzyme won’t do in therapy, where the error-rate of CRISPR-Cas9 gene editing must be even more accurate and specific. Zhang thinks that combining various methods that improve specificity could be the answer.
Image Source: Geneng News