You are here: Home / Tech & Science / We’re Getting A Full Moon for Christmas Day This Year 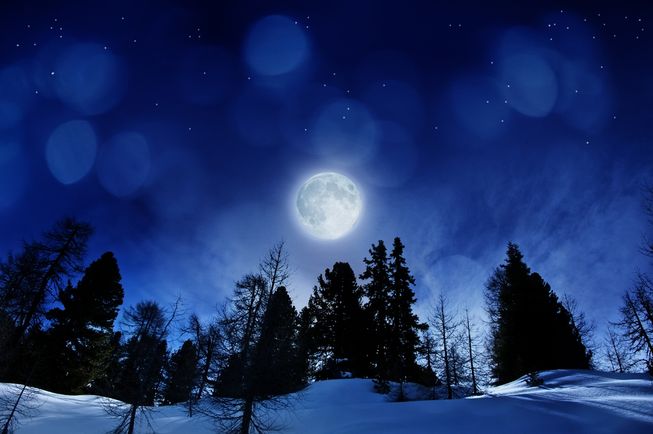 This time of year is always special, but Christmas 2015 will be particularly remembered in years to come as the year when Santa Claus’ sleigh had sped across the globe under the rays of a full moon. This memorable coincidence has last occurred in 1977.

The math is rather simple: a full moon rises only once every 29.53 days, which means there are slim chances the full moon will land on a special day – such as your birthday, or Christ’s birthday, on Christmas. But all the gifts placed under the tree this forthcoming holiday will be blessed by the light of a full moon.

After 38 years, 2015 is the lucky year; next full moon for Christmas Day will be in 2034, so this is rather special. According to a NASA spokesperson, the full moon will reach its potential at just after six in the morning, EST. Fun fact: the Farmer’s Almanac calls the last full moon in December the “Big Moon” or the “Cold Moon.”

If we look back in time to the last time a full moon rose on Christmas – namely, on December 25, 1977 – it shone over a completely different world. For example, the Bee Gees were all the rage and Saturday Night Fever was featured in all theaters. It was also J.R.R. Tolkien’s time to shine as a best-selling author, way before his books were made into the beloved movies we know today.

Almost ten years before the last Christmas-borne full moon, three of NASA’s astronauts were spending the holidays orbiting the moon, marking the very first time when man orbited any other body than Earth.

The astronauts – Frank Borman, Jim Lovell and Bill Anders – celebrated the occasion in style, live broadcasting back from Apollo 8 a special as they read from the Bible’s Book of Genesis while images of Earth appeared on the screen.

In 2008, on the 40th anniversary of the event, Borman said they had on that Christmas Eve we “the largest audience that had ever listened to a human voice.” In the same interview, he explained they didn’t receive any instructions from NASA as to what to do, except to find “something appropriate.”

Lovell added that “The first ten verses of Genesis are the foundation of many of the world’s religions, not just the Christian religion,” which felt appropriate and inclusive for a lot of people around the world. “So that’s how it came to pass.”
Image Source: MNN