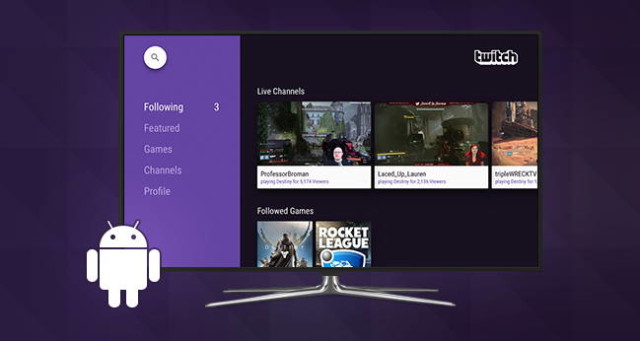 It was officially announced that Android TV now naturally supports Twitch, which is excellent news for dedicated gamers who often use the popular streaming app. Amazon-owned Twitch has seen a spike in popularity in the past couple of years.

It’s now known as the go-to platform where gaming is streamed, be it from professionals, organizations, or amateur streamers. In fact, YouTube has been trying to defeat them with YouTube Gaming, but has so far fell short of that achievement. It’s impressive enough that there is one field related to videos where the Google-owned service isn’t dominating. Facebook tried, but failed.

Now, Twitch will be fully supported on Android TV, as part of its natural arsenal of apps. The Android device has been often attributed to gaming, so it was a surprise that this has not arrived earlier. It was announced in May that a collaboration will happen, and here it is. It will no longer be a third-party app, but a normal service such as HBO Go, HBO Now, Fox Sports, CBS News, and many others.

Twitch is officially a native app for Android TV. Dedicated gamers will be able to watch their favorite channels, competitions, or streamers directly from their couch. Reportedly, the quality is good and there have been no reports of the stream lagging behind.

The UI (user interface) is very simple to use, showing you featured channels, allowing you to search by games, be it text or voice search, look for channels by name, or sign into your Twitch account. This will make it infinitely easier to follow or even subscribe to certain streamers. It will automatically announce when their channel is online.

The interface is very simple and minimalist, precisely what was expected and needed for the Android TV. Any gaming competition could now be seen from the comfort of your own living room, instead of strapping you to your desk. Twitch has become well known in the world of professional gaming as their main outlet of streaming competitions live on their service.

However, while all Android TVs will have watching Twitch enabled, not all will be able to stream. In fact, only nVidia’s SHIELD Android TV will allow you to stream live content yourself. Users will be able to both watch and share gameplay experiences for their chose games directly from the company’s Leanback Launcher.

It seems to be an excellent addition in a world where streaming and competitive professional gaming is a growing industry.