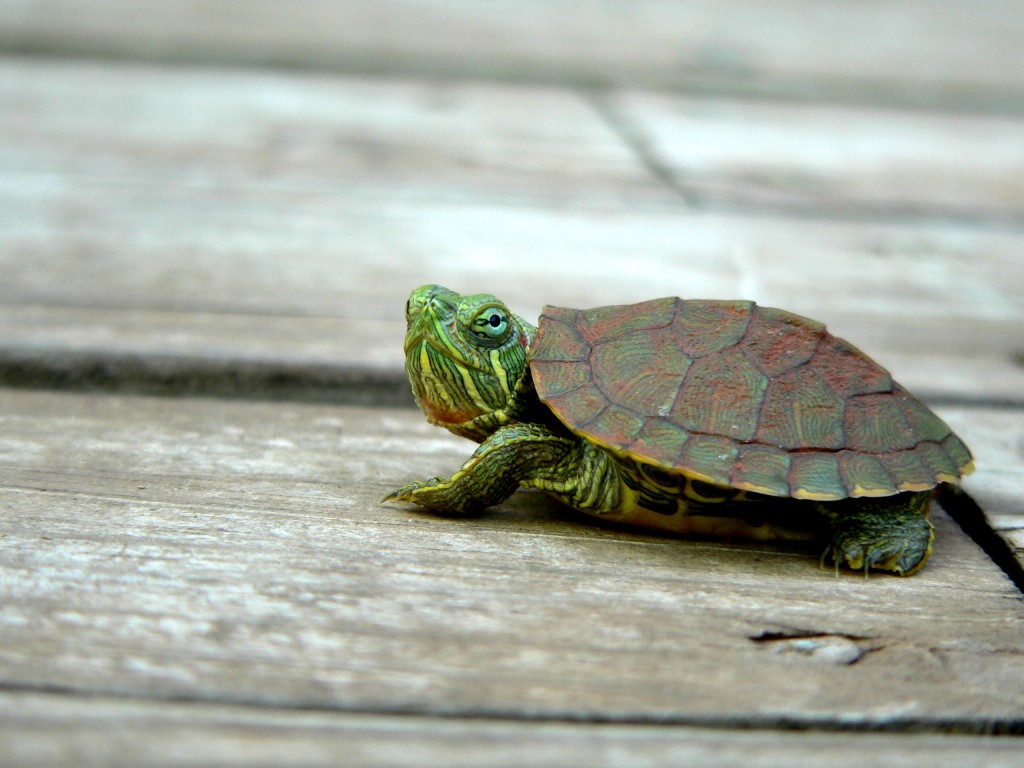 The turtles are around 4 inches in length

They may look like cute pets, but the adorable tiny turtles are salmonella sources that have been neglected by the U.S. population. This isn’t the first time such an incident occured. However, it seems that most have lost track of the dangers surrounding reptiles and amphibians.

Back in the 1970s, turtles were linked to 280,000 salmonella infections each year. This has led to the decision to ban them as pets in 1975. For the most part, the restriction had done its job. The number of infections have gone down. But, with time, it appears that the problem is coming back, especially affecting young children.

A new study from the Centers of Disease Control and Prevention (CDC) found that there have been between 473 cases of salmonella between 2011 and 2013. It’s a worryingly high number for such a preventable disease, especially since experts estimate the numbers are actually higher. For every one of the patients that sought treatment, it has been suggested that sixteen more of them did not.

That would round up the number to over 7,500 cases of salmonella in just two years. The problems have appeared across 41 states, Washington D.C. and Puerto Rico. Around 28% of those who reported themselves sick needed hospitalization. Of all cases of salmonella, 68% of them have had contact with a turtle, according to their parents. This is due to the fact that the average age of the patients was 4 years old.

Researchers interviewed around 100 of the patients and their families. A mere 15% stated that they knew reptiles and amphibians are linked to salmonella disease. Turtles, be it big or small, are definitely sources of the bacterial infection, according to lead author of the study Dr. Maroya Walters from the CDC.

Out of all the patients who had contact with a turtle, in 88% of the cases, this was with a tiny turtle. Even though they have become illegal as pets for the last four decades, they still seem to appear in people’s homes or schools. Children are particularly vulnerable. It requires proper sanitization to decrease the risk of salmonella. Young children have a much higher chance of touching the turtle and putting their hands to their mouths after.

Salmonella symptoms include fever, diarrhea, and abdominal cramps. While the consequences are usually mild, they can be dangerous and deadly to vulnerable people. Children are among them, because their immune system are not the strong yet.