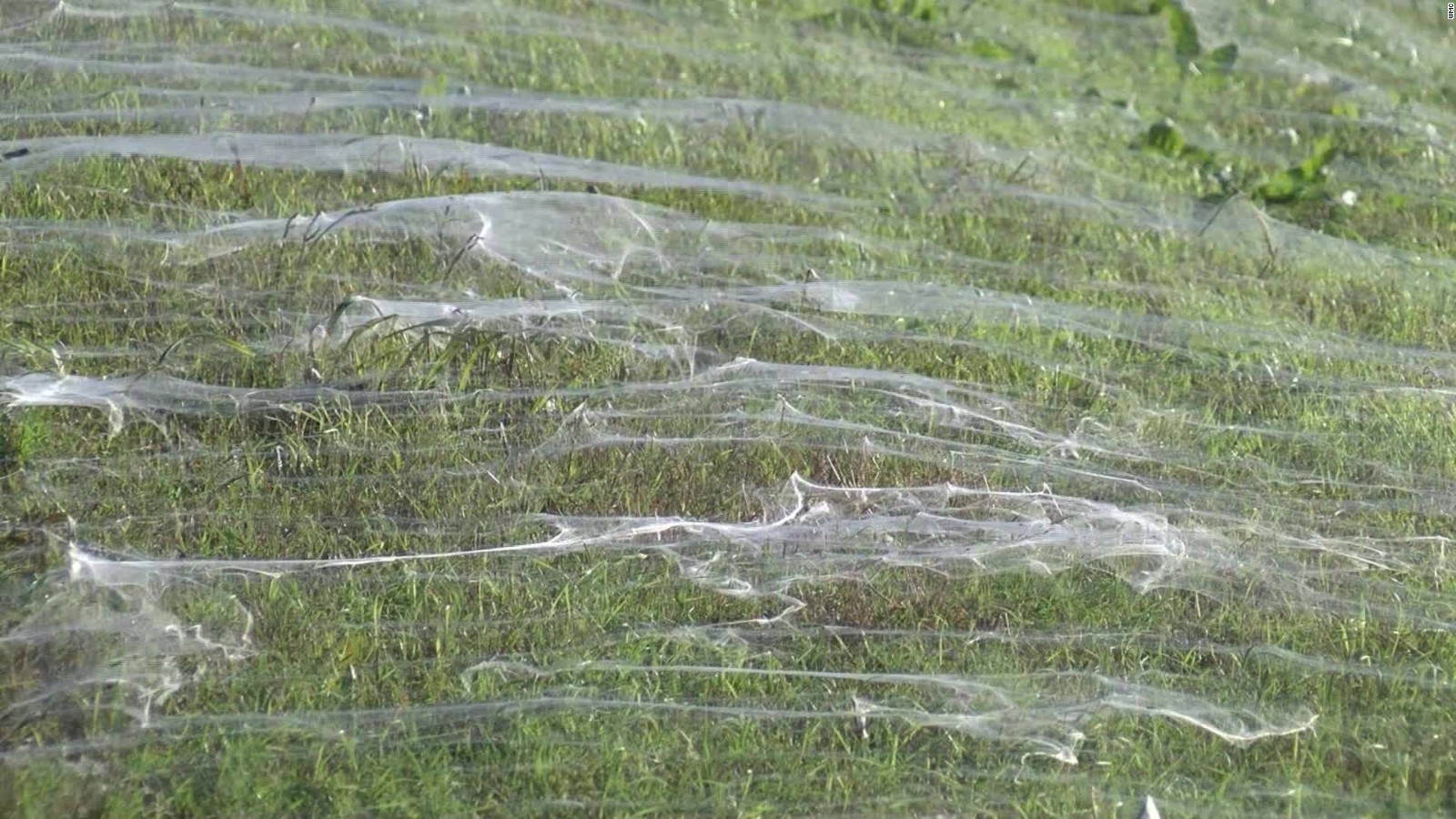 Although it’s not an uncommon phenomenon in different parts of the world, the viral spider webbing can be horrifying at face value.

This time, the unexpected Thanksgiving treat hit North Memphis, Tennessee, where the grass was invaded by a spider web at least half a mile long. According to local news reports, “millions” of little spiders are part of a long white trail, making residents desperate fir the town to get rid of them.

The problem is the spiders aren’t confined to their web trail, which means they’ve started crawling toward house porches, which is expected to cause slight discomfort among the population. Scientists explain the sudden swarm of spiders is just an example of a “ballooning” occurrence, where tiny young spiders are trying to make their way in the world by floating off.

Former president of the American Arachnological Society, Susan Riechart, a professor with the University of Tennessee Knoxville, emphasized the frequency of such ballooning events. In fact, Riechart has recently spotted a few in her own county, which may be caused by the particularly warm weather during this autumn.

Think of it like this: a tiny juvenile spider that wants to “move away from home” will send a swath of silk threads – which may be over a meter in length – that get caught in the wind and act as means of transportation. Given that ballooning is favored by particular air currents, it’s no surprise that hundreds of thousands could be travelling together.

Even though the spiderlings have no control over the place of landing, the air currents are most likely to drive the great majority in the same area. And voilà, that’s how a town or county become home for large areas swathed with webbing.

The local spider babies you might see tumbling into a patch of grass are most likely the ones that used to live with their parents in nearby fields – and you’ve never noticed them. Although Riechart wasn’t able to identify the type of spiders based only on images released by the media, she said they were definitely harmless.

Ecologically speaking, the ballooning gives a go to all systems in the Memphis area. Come spring, residents will be glad the town didn’t take action against the local spiders, because they act as cleaners, eating huge quantities of mosquitos and insects that might prey on crops.
Image Source: CNN News