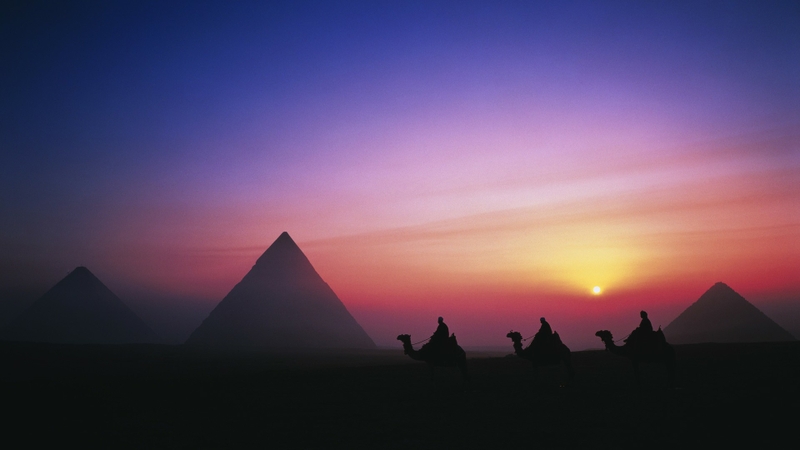 The mystery of one of our world’s seven wonders continues, as new scans of Giza pyramids suggest secret entrances that have not been found before. And the project has just began, subjecting the historical monuments and crypts to several types of non-invasive analysis.

Perhaps there is more to be known. The Egyptian pyramids in Giza, near Cairo, still have multiple mysteries surrounding their very existence, construction, or general structure. Wild theories have sprung up across the years. However, answers could only be provided through further research, one of which has gained approval from the Antiquities Ministry.

On October 25th, the ‘Scan Pyramids Mission’ led by the Faculty of Engineering within Cairo University, and French organization HIP have begun their project. Their ambitious goal is to use multiple methods of scanning the beautifully complex burial grounds from the outside, and gain more information about their inner structures.

This included two of its three major pyramids in Giza, Khufu (or Cheops, as it’s internationally known) and Khafre (or Chephren). The team has led an international effort to uncover more secrets upon the already mysterious constructions. And, reportedly, their mission is off to a great start.

After just two weeks after the project’s inception, the team of researchers discovered some “anomalies” after thermal scanning. This was particularly significant around the largest pyramid within the complex, Khufu, within its ground level. According to Mamdouh el-Damaty from the Ministry of Antiquities, the first row of the pyramid looks uniform, but they found certain differences in the formation.

How they reached their conclusion has been done through several techniques. The team subjected the pyramids to infrared technology, cosmic particles detectors, Muon Radiography, 3D scans with both lasers and drones. These were methods similarly used for supervising active volcanoes in Japan or the Fukushima reactor.

They scanned the pyramids and observed their difference in temperature during the day, at sunrise, and at sunset. They watched the speed of heating and cooling of the ancient material within the 4,500 year old structures. This helps them in detecting possible new chambers, inside air currents, or potential new materials used in its construction.

Through the thermal scanning, they discovered a particular spot on the Eastern side of the Khufu pyramid. It holds a different temperature, which may indicate an empty room behind it. The question now remains to be explored of what could be inside it. Along with it, there are several areas on the upper half of the pyramid that are considered “anomalies”.

It’s an exciting possibility for new discoveries, which may provide more information that has not yet been unearthed. The project is set to last until late 2016, so more is expected to be uncovered about these long-standing monuments that are a marvel of engineering and architecture.