You are here: Home / Technology / Privacy Advocates Crushed by the FCC’s Decision Regarding “Do Not Track” 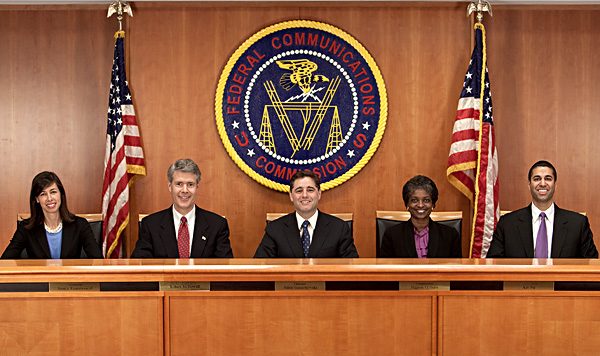 The Federal Communications Commission’s decision regarding the petition for stronger Internet rules came as a harsh blow for privacy advocates. The FCC will not institute a requirement on Facebook, Google, and other Internet and tech companies to make it harder for them to monitor consumers’ online activities.

On the other side of the decision, however, are the many Silicon Valley companies that are very happy with the decision, seeing that their business models heavily rely on monetizing Internet users’ personal information.

The FCC decision is the latest move in an ongoing debate over the agency’s net neutrality rules, which opponents claim will eventually end up in regulating popular Web sites. By denying the petition, the FCC probably hopes to cancel that argument.

As stated by a FCC official, the rules, which were adopted this summer, allow the agency to regulate only Internet access providers, and not touch individual Web sites. Back in June, an activist group called Consumer Watchdog petitioned the FCC to provide a technology that would allow consumers to opt out of being tracked on certain Web sites.

Users would have been able to alert Web site operators they didn’t want to be tracked by simply clicking a button in their browser settings when they surfed the Internet. These requests were honored voluntarily by some Web sites, but the large majority has responded with a flat refusal. If the current petition had passed, the “Do Not Track” service would have become a U.S. standard.

The FCC has plenty of newly-discovered ambitions which are reflected in the agency’s expanded role in “combating privacy violations among communications providers.” For example, FCC officials have fined Cox Communications – the nation’s fourth-largest cable Internet company – with no less than $595,000 fine for a breach of consumer data. AT&T is also targeted for similar security breaches, as well as some smaller telecom companies.

Outside attempts by privacy advocates and the industry itself to come up and enforce a “Do Not Track” standard have been delayed, plagued by various opinion as to what such a signal would require. The debate between these two parties has strong arguments on both sides.

Privacy groups ask that “Do Not Track” to stop any kind of information collecting, while online advertising groups argue Do Not Track should simply prevent a company to share personal data for targeted advertisements, and not impede data collection.

However, the FCC has decided that “first parties are free to continue tracking online activity even if a user activates the ‘Do Not Track’ signal and can share that information among its many affiliates.”
Image Source: QRZ Now