You are here: Home / Tech & Science / Powering a Cyborg Rose with An Electrical Circuit Has Fabulous Applications 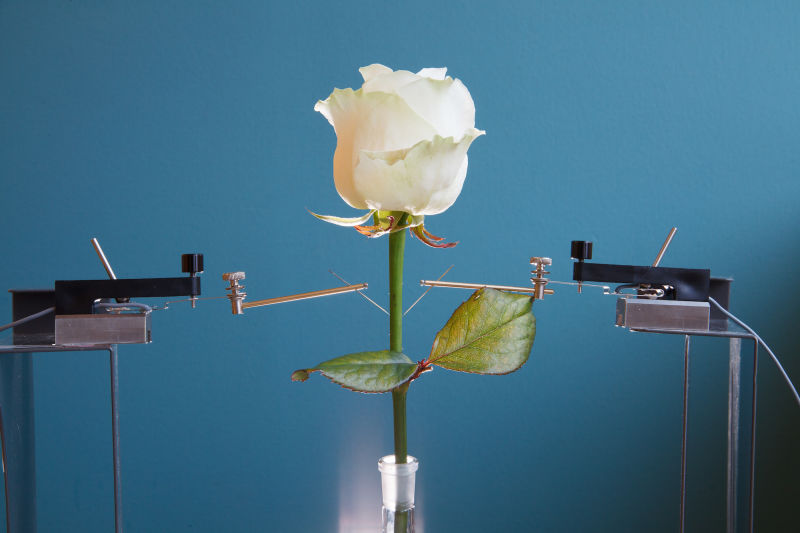 Given that planting chips inside the human body could have so many benefits, some thought what use could it have to focus on powering plants. However, there are plenty of applications that can surprisingly start with wiring an electronic circuit within a rose.

As Andrew Adamatzky put it, a professor of unconventional computing at the Bristol Robotics Laboratory in the UK, the amazing electronic rose is another addition to the “wonderful development in the field of living technologies – hybrids of wetware and hardware.”

Prof. Magnus Berggren of Organic Electronics at Linköping University was the one to lead a team of researchers to achieving this fascinating feat, marking the first successful experiment involving a rose and an electronic circuitry. Berggren is also the director of the Strategic Center for Organic Bioelectronics.

By using electronic functions, scientists could illuminate the plant’s chemical processes, giving them the ability to interfere with their own electrical signals. With the help of a special solution containing PEDOT-S:H, the plant is helping researchers “to separate the event of distribution of the conducting and electronic materials from the event of film formation.”

That’s a lot of science talk, but bear with us a little more. Next up was using vacuum infiltration – a process widely used in plant biology – to send nanocellulose fibers with a PEDOT variant into the rose’s leaves. Done. That wasn’t so bad, was it?

In layman’s words, powering a cyborg rose with an electrical circuit could have plenty of applications in the agriculture world. The cyborg plants might not be available in flower stores, but just imagine an electronic tree that can tell the nitrogen level in the leaves or the water level in the soil.

Tapping energy from plants – leaving out the part where we had to kill them – could become a reality. In fact, researchers are positive they are on the way to being able to closely monitor plant functions, as well as their varying nutrient concentrations.

In the case of food crops, scientists could show which organic polymers aren’t helpful for the fruits, seeds or edible parts of the plant. At the same time, adjusting the changes in the environment so the plants can transmit the ideal amounts of energy and water would be much easier.

By soaking the stems of roses in derivatives of the solution and introducing the polymer, researchers obtained the ability to regulate the plant’s development and growth. How? By altering the various substances and nutrient concentration in the roses.
Image Source: Gizmodo