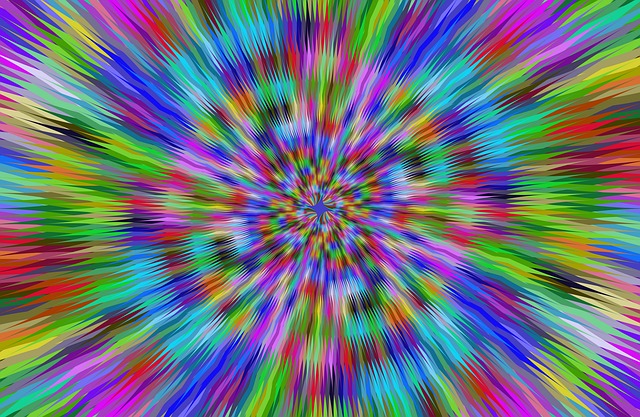 NASA gives Pluto a Pop Art makeover after images captured of the dwarf planet with the use of new technology cover it in flashy colors. Scientists studying Pluto used a technique known as principal component analysis in order to identify and separate the dwarf planet’s distinct regions, which are hard to differentiate otherwise.

The photo that the scientists provided of Pluto is known as a false color image and manages to make Pluto look like it received a makeover from Andy Warhol himself, as it covers the planet in bright, psychedelic colors. But these pretty colors in the image serve a more important purpose than esthetics, as they highlight the composition of the planet’s surface as well as the different textures that this surface presents in some areas.

The new images of Pluto were taken by the New Horizon spacecraft which was launched back in 2006 and has just performed a flight to the dwarf planet this summer.  The series of images taken of Pluto were then sent back to scientists. Based on these images, which offered a better insight into what the planet looks like, NASA scientists were later able to create the colorful image of Pluto in order to highlight its different regions.

The New Horizon spacecraft was equipped with a Ralph/MVIC color camera which managed to take the photos from as far as 22.000 miles away. The closest the New Horizon managed to get to the dwarf planet’s actual surface was 7.750 miles, and it happened later on the same day that the images were taken.

The image shows that while some of Pluto’s regions are similar, others are significantly different and scientists working on the New Horizon’s surface composition team have concluded that the planet has two very different surfaces. The planet’s surface has two peeks that can reach as high as 4 miles from the ground and have some characteristics that could entail that they are actually volcanoes.

The two mysterious peeks have been named Wright Mons and Picard Mons and the images taken of them show that they each have a central crater inside of them. Another important discovery made by scientists studying the images is that the planet’s surface is a lot younger than it was previously assumed and that it seems the planet contains something inside that is helping keep it warm.

New Horizons researchers say that these two findings are important as the features discovered are unique in the Solar System.