You are here: Home / Tech & Science / NASA Announces Big Reveal About Mars. What Is It? 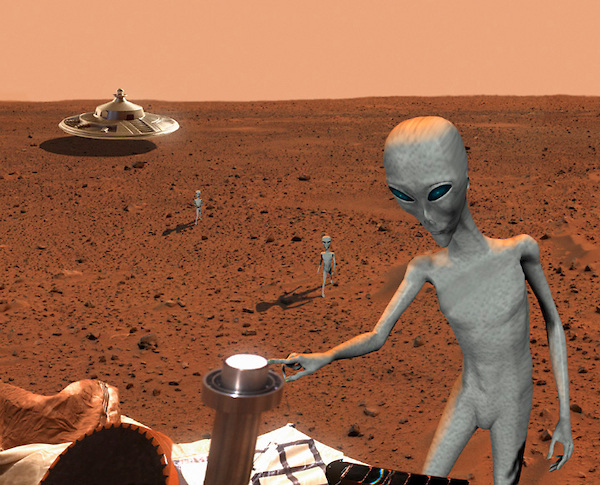 NASA announces big reveal about Mars. What is it? All we know is that it will be made on Thursday and that it involves the Red Planet’s atmosphere.

Of course, everybody starting with the scientific community and ending with the last space enthusiast is eager to know what the Space Agency will tell us about Mars. The big news is set to be broadcast at 2 p.m. EST and it will include people from MAVEN. That is the acronym for the Mars Atmosphere and Volatile Evolution. There’s a probe of theirs currently in space.

So, if these guys and their probe are involved, we might be able to speculate a bit on what the news might actually be. The space probe is used to try and find out more about things like atmosphere, weather, climate, liquid water status, habitability and their history on Mars. So, it’s definitely got to do with something here. Maybe it has found some traces of life in the water on Mars? Or maybe the climate shows we could one day live there? Or that Mars was inhabited in the past?

I’m going to pull a Sheldon Cooper (The Big Bang Theory) here and say: Yes to all!!! Of course we all hope it’s at least one of these things, which are pretty awesome if you think about it.

Earlier this year, water was discovered on Mars, liquid water that is, because we know of the ice one, and everybody went crazy. However, at that point, scientists said that the little dark streaks they believe to be liquid water on Mars have an average temperature of -70 degrees Celsius, far too cold to sustain any form of microbiological life.

But we won’t let that stop us from hoping, will we guys? All jokes aside, the announcement will most likely be about the planet’s atmosphere, as mentioned. NASA’s exact statement says they will present the world “key science findings” on that. Wow, that sounds pretty big. They could be telling us Mars’ atmosphere allowed for any kind of organisms to live there, or that it is of such nature that we could change it and create a new atmosphere that allowed us to breathe there? Or maybe I’ve watched Alien one too many times.

Whatever they may tell us, I hope they send Matt Damon up there to investigate it next. And leave him there this time.