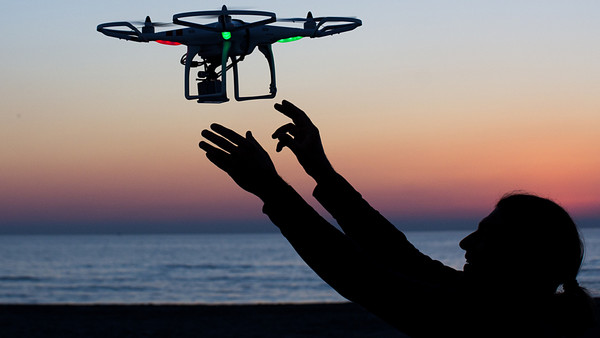 Drones are getting faster, stronger and cheaper

Everybody is building drones these days and we’ve grown quite accustomed to them, but we finally have one who’s not going to crash into things, as MIT builds super drone.

AN MIT engineer was quite bugged by the fact that, even though drones have become quite popular these days, also accessible and cheap, they still have one major flaw and that is the fact that they still crash into stuff and no one can stop them.

Its creator’s name is Andrew Barry and he has developed a stereo-vision algorithm that empowers the drone so that it won’t collide with obstacles such as trees or walls.

So, basically, what this drone does is that it detects said obstacles in real time and maps them, which allows it to avoid them. In order to do this, the MIT engineer has installed a camera on its wings. The camera spots objects that are in its way and lets the drone know to avoid them.

And, if this wasn’t enough to impress you, you might want to know another thing that sets this particular drone apart from all the other ones. Impressive about it is the speed at which it can travel and process this type of information in real time – 30 mph.

Its creator has stated that this is the only way to build better drones – to develop better algorithms, because putting sensors on them, like lidars, would not be possible, as they are too heavy. Also, mapping out the terrain over which a drone will fly, in advance, in not practical at all, advocates the inventor.

Yet another impressive trait of the small drone is the fact that it’s cheap, only costing around $1 700, because its components are cheap and easy to procure. Of course, at the moment, the drone is just in experimental phase, but it will make a worth-while contribution to the drone technology development areal as time goes by.

The drone in itself is small, weighing approximately one pound and it has processors and cameras installed. It was developed inside the Computer Science and Artificial Intelligence Laboratory at MIT.

A drone is an unmanned aerial vehicle, which was at first used for military purposes, either for training or in combat, to help save human lives. Nowadays, however, they are easily accessible to the general public, can be bought by anyone and used in all sorts of situations. In the future, drones will probably serve more as couriers to humans, delivering packages and groceries.