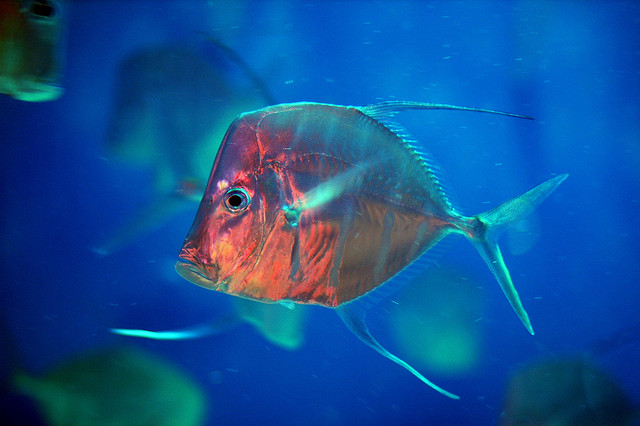 The lookdown fish was one of their inspirations.

Nature has exceptional abilities, and invisible fish could inspire U.S. Navy technology that would allow them to create vessels impossible to see in open waters. For the marine life, it works as excellent means of catching prey and avoiding predators.

Researchers at the University of Texas, Austin, have been offered funds from the Navy to understand how certain fish can hide in plain sight. They have a remarkable ability of adjusting to the light in certain angles that could provide a beneficial source of inspiration. Submarine vessels could greatly take advantage of the possibility of new technology.

This has been the goal of the Navy for multiple years, to find ways of hiding their underwater vehicles from detection by studying natural camouflage skills of fish.

Thus, scientists at the university focused on two types of fish: the scad and the lookdown. They are members of the Carangidae family, along with multiple others, such as the white ulua, mackerel scad, and rainbow runner.

According to their findings, the trick is hidden within their skin. Across the years, the fish have successfully managed to evolve their camouflage to a level where they can blend with the light. This is achievable through a set of microscopic elements in fish cells that are called guanine platelets. By reflecting polarized light, they can perform their disappearing act.

Polarized light implies light waves moving on a single plate, and the fish have essentially found the variations within the waves. Through this process, they can manipulate the light into concealing them in plain sight. However, while the ‘why’ is found, there’s more to be understood on ‘how’ exactly they reach that result.

The team of researchers used specialized equipment that recorded 360 degrees angles of the fish reflecting the polarized light. They analyzed around 1,500 angles before they found the proper ones which work best for the fish. Reportedly, 45o in all directions from head to tail is the perfect tilt, otherwise called the “chase angles”.

Those are the just the right inclinations for the fish to both evade predators and catch their prey, as they flawlessly blend with the underwater world around them. Now, the question stands on whether the cells are purposefully activated by adjusting the platelets, or if the fish change their swimming angles for that purpose.

For fish, perhaps it will not always work, but it will certainly offer them more time, increase their lifespan, and offer more opportunities to breed.

For the U.S. Navy, if researchers can track down this process, camouflage technologies could see a vast improvement, according to co-author of the study, Molly Cummings. It’s an important aspect to understand the evolutionary solutions animals take against predators. Perhaps there are lessons there, and abilities to mimic.