You are here: Home / Tech & Science / Get Ready Because A Hole In The Sun Is Spitting Fire Our Way 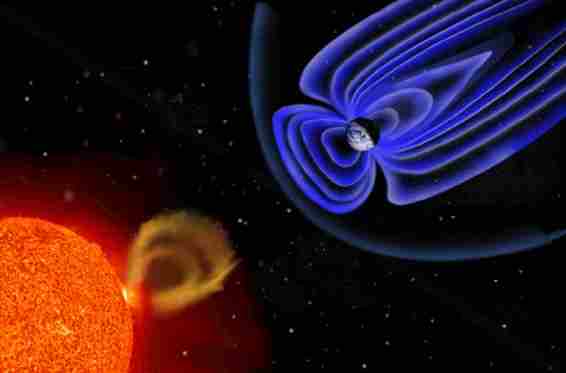 Solar winds will light up our skies on Wednesday

It’s coming today, November 4th and it’s going to be massive, so get ready because a hole in the sun is spitting fire our way.
The outstanding phenomenon will most likely be seen by millions of people, because the occurrence will literally light up our skies. Solar wind is erupting from a massive hole in the sun. It’s made up of protons and electrons that will interact with the Earth’s magnetic field. And when they do they will light up our skies in a spectacle of color, on Wednesday.
The spectacle of color is, to be more specific, an Aurora, with the sole difference that this one can be seen be a huge number of people. All over parts of Asia, Europe and North America, if you look up at the skies you might see whatever fiery blows the Sun has coming our path today.
There is a satellite on the far side of the sun that has been recording the wind speed. It seems that it’s going to hit us at about 621 miles per hour. We don’t know for sure when exactly its biggest impact will be, but yesterday the US Space Weather Prediction Center in Boulder, Colorado has issued a G-3 storm warning for today.
The same warning was issued by the Met, which is UK’s center for space weather forecast. The scale of geomagnetic storm comprises 5 levels, therefore G-3 is somewhere along the middle. It is considered to be “strong” and it might damage the satellite navigation or create drag on low-orbiting space crafts.
Usually such a geomagnetic storm may also cause solar radiation and radio blackouts, but this is not the case today. Because this one is thought not to cause any real damage. Important and harmful things happen mostly when there are solar eruptions. A solar eruption is when hot plasma and magnetic fields erupt from the sun’s surface and make their way dangerously close to earth. Those ones can damage radio and internet connection, air traffic control and deviate astronauts from their course.
But, even though it won’t be a major event in the sense of disruptions, it will still be very interesting. We don’t really know how long it’s going to last, but it’s bound to be great to watch. Apart from that, the hole from which the winds are coming has faced us twice before, but this time it was a little late in showing up and when it did, it appeared smaller. This probably means it’s closing up, astronomers say.