You are here: Home / Tech & Science / Could Dinosaurs and Dark Matter Be The Reason Humans Exist? 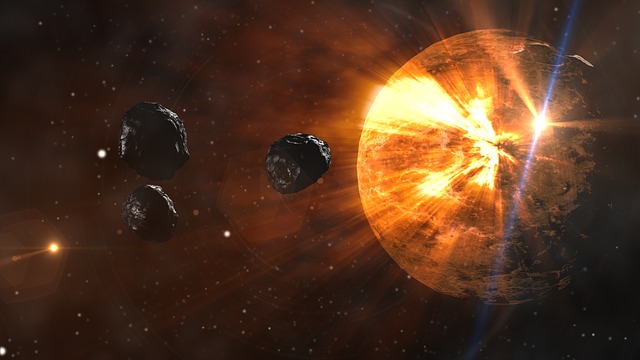 Could dinosaurs and dark matter be the reason humans exist? A theoretical physicist at Harvard University thinks so and has formulated a new theory explaining how the appearance of human beings, which was made possible by the extinction of dinosaurs, may have been caused by dark matter.

Professor Lisa Randall, author of this new theory, explains that there might be a connection between dark matter and the extinction of dinosaurs, which in turn facilitated the evolution of human beings. Randall is known for her work on theoretical particle physics and cosmology and has recently published a book detailing her new theory about the origin of man. Her work on this subject can be found in this newly published volume entitled “Dark Matter and the Dinosaurs”.

In this volume Randall explains how dark matter was responsible for the universe’s entire structure and for the formation of its galaxies. It serves an important purpose in the universe as it holds everything together, making up approximately 85 percent of the universe.

Our planet was stuck by a celestial body that measured more than 9 miles in length over 66 million years ago according to paleontologists. The impact of this celestial body was what caused the extinction of more than 75 percent of the species that inhabited Earth at that time, among which were the dinosaurs. But small primates survived the calamity and grew larger and more diverse with time. With the evolution of these primates came the existence of man later on.

Randall believes that the event which caused the extinction of the dinosaurs may not have been entirely caused by chance. Her theory states that a small quantity of dark matter will interact with the matter surrounding it in certain ways besides that of the gravitational pull it has.

Randall explained that her theory analyzes the possibility of this pane around which an object circles, above it and sometimes below it. In order for such a material to go from above the pane to the bottom of it, that material would have to pass through the pane. But every time it passes through this pane, every 30 to 50 million years according to Randall, the material hits the disk of dark matter which causes the gravitational force to be enhanced.

This enhanced gravitational force could have been what caused asteroids to hit Earth in the past. Randall has geologic records of Earth that support her theory. If her assumptions are true, it would mean that dark matter actually played a huge part in the appearance and evolution of man.