You are here: Home / Health / Christian Moms Boycott Magazine for Story on Girl with Two Dads 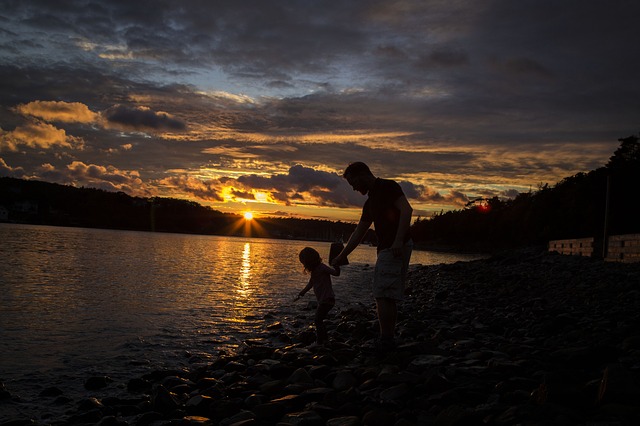 Father and child by a lake at dusk.

Christian moms boycott magazine for story on girl with two dads and reproach the magazine for not remaining neutral in what they call a culture war. The Christian anti-gay group called One Million Moms criticized American Girl magazine for publishing a story on a gay couple with four adopted children.

The story focused on 11-year-old Amaya Scheer and covered the girl’s experience in foster care before having been adopted by her two dads Rob, which she calls Daddy and Reece, also known as Dada. It also features the family’s charity, Comfort Cases, which provides children in foster care with travel bags containing toiletries and clothes.

The Christian group One Million Moms has urged readers to unsubscribe from the American Girl magazine and catalog as well as to stop shopping in the company’s stores, all in an effort to boycott what the organization has deemed to be the magazine’s plan to push a homosexual agenda to young kids reading the publication.

The group has criticized American Girl for not focusing on the girl alone instead of the family and for not picking a different child so that it could remain neutral in the culture war. It has also stated that, while it supports the adoption of orphans as the biblical Psalms instruct Christians to do so, the magazine should have only covered the girl’s story and not the parents, as it is a publication intended for children.

The organization is currently running 12 campaigns against services that its members have deemed as immoral among which a Campbell soup commercial featuring two gay dads and Doritos Rainbow chips, according to the One Million Moms blog.

The feature covers Amaya Scheer’s account of how she arrived in the Scheer’s family home as a foster child with all of her belongings in a trash bag and how both her and her brother Makai were later adopted by the couple. She also explained how the idea for the charity came to her dad Rob, which had a similar experience while being in foster care himself as a child. The charity now provides travel bags full of useful products for kids that are travelling between foster homes.

Stephanie Spanos, a spokesperson for American Girl, has stated that Amaya’s story fits perfectly with the company’s mission to support young girls and to highlight their achievements and gifts. She went on to explain that Amaya’s story about helping kids in foster care is a great example of young girls making a difference in other people’s lives and so is in line with other articles about gifted young girls that the magazine has published through the years.