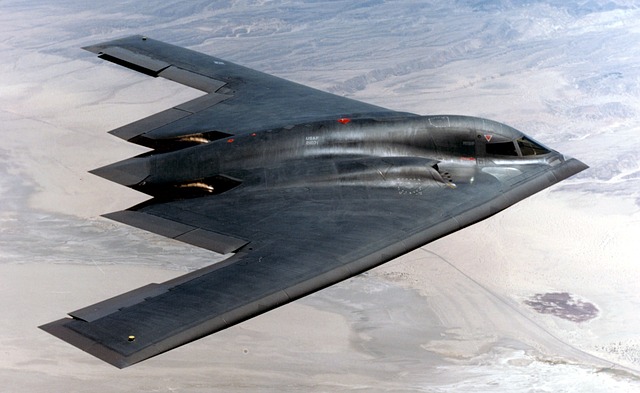 Chinese scientists develop a stealth material that prevents radar detection and can be used for ships and planes. The new material has been called active frequency selecting surface and can be used to avoid radar detection of jets and ships as it has the capability to adapt accordingly to different radar frequencies and react to them. It is basically the radio frequency equivalent to a chameleon’s skin.

Other methods for avoiding radar detection have already been created in order to disguise planes and ships from foreign frequencies but the Chinese material, which is covered in a substance also used for printed circuit boards, is apparently ten times thinner than the conventional ones that exist at the moment.

Airplanes are usually designed to hide their appearance by the use of their body geometry which is made so that it reflects radio waves away from their intended receivers. Similar absorbing materials as the one invented by the Chinese are used in order to absorb waves and turn them into heat instead of reflecting them back as would normally happen.

Such absorbing materials and plane designs are used for example by government agencies like the Pentagon in order to protect fighter planes from detection. But it seems the method also has some disadvantages due to the more recent development of technologies that use ultra-high-frequency radars known as UHF radars, which can still detect traces of the planes which the standard radars would normally fail to pick up on.

But the new Chinese stealth material is incredibly thin, just 5/16 of an inch and so manages to protect planes against UHF radar detection by adapting itself to a wide range of frequencies used for detection and concealing itself from the newer radar technologies as well.

Chinese scientists have predicted that the thin absorber material will prove to be very useful as it will be able to adapt to newer technology as the radar detection equipment will be improving with time. It is not yet known whether the Chinese military has already started to use this new technology on their stealth planes the Chengdu J-20 and the Shenyang J-31.

However the new discovery could definitely help increase the capability that the Chinese military has, both in the air and at sea. It remains to be seen if any plans to start research in order to advance the new technology will be confirmed, as Chinese representatives have not declared any additional intentions regarding the new material yet.