You are here: Home / Health / Can Pet Dogs Lower Anxiety Risks In Children? 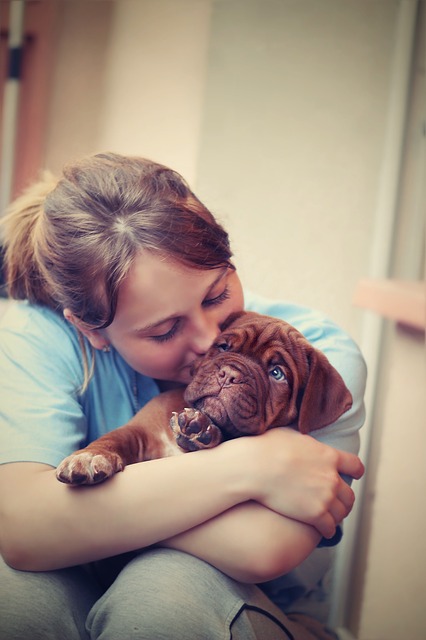 Having a pet dog might help lower a child’s anxiety levels, a study shows.

Can pet dogs lower anxiety risks in children? A research conducted by members of the Basset Medical Center, the University of Oklahoma Health Sciences Center and the Dartmouth Medical School shows some proof to support that fact.

The study’s author Dr. Anne Gadomski explained that having a pet dog could help lower anxiety levels in children. It would seem that children who grow up with a pet dog may be more able to cope with stress and that the dog’s presence and companionship could reduce the risks that the child has of developing anxiety.

The study focused on identifying a link between young children’s mental health and the existence of a pet within the family unit. A total of 643 children from rural upstate New York took part in the study and were examined and surveyed in order to gather information. All of the children were between the ages of 6 and 7 at the time when they were taking part in the survey.

Out of the 643 kids participating in the study, 273 children did not have a pet while 370 kids reported that they did own a pet dog. Parents of the children involved were also required to participate and help aid the researchers by undergoing a comprehensive health risk screener and by answering complex questions concerning their child’s both physical and mental health as well as the status of the pet within the household in cases where a pet existed.

Although previous studies have proved that children’s interactions with a dog can benefit the child in that they encourage the release of the bonding hormone known as oxytocin, this most recent study focuses on the effects and the influence that a pet dog can have on a child’s levels of anxiety.

The researchers involved in the study also concluded that, while exposure to a pet dog during the childhood years can be related to the child’s mental health issues in later years, there might also be a way to organize positive interactions between the child and the pet dog in order to prevent the evolution of certain mental problems that appear during childhood into full-blown diseases later in life, whether during adolescence or maturity.