You are here: Home / Tech & Science / Bees Like Caffeine and Plants Have Figured It Out 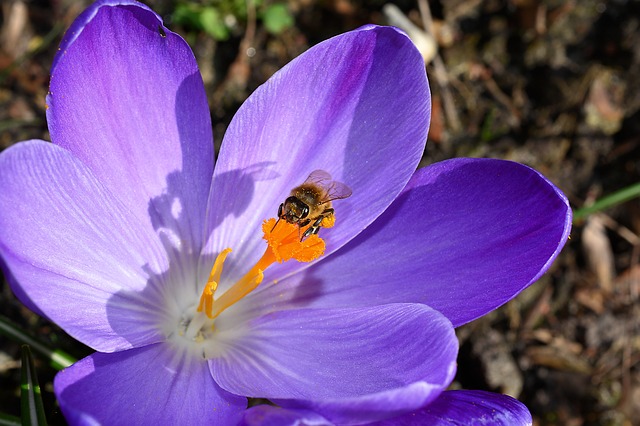 According to scientists studying the phenomenon, plants produce caffeine within their nectar in order to fool bees into thinking there is more sugar in it than it actually has and attract them more. The trick makes bees return to the same plant over and over again and help that particular plant more in the process of pollination.

Francis Ratnieks, a professor of apiculture at the University of Sussex, has explained that bees use a series of specific movement patterns in order to communicate with one another. This dance-like pattern is created by the bee through specific movements of its abdomen and it seems that caffeine enhances it.

The researchers glued tags with identification numbers to the bees who had been exposed to caffeine and monitored them afterwards, when they were sent back to their hive. The dances that these tagged bees performed affected the activity of the other bees in the hive, as many other bees were directed to revisit the plants that produced caffeinated nectar. They continued to revisit the same plants where the caffeine had been found even after the feeders had run dry and there was no more nectar.

This caused scientists to conclude that the plants which secrete caffeine are using it to manipulate bees into coming back to them and helping them maximize their pollination. And while the plant is obviously benefitting from the return of the bees, the caffeine addiction might not be so great for the bees themselves. The nectar tricks the bees into thinking that the nectar they are collecting contains more sugar than it actually does.

And while earlier research has shown that caffeine helps boost bees’ memories and helps them remember the location of the flower they visited, the fact that they return to a plant with a lower quality nectar and keep collecting what they think is superior nectar is certainly not beneficial for the insects themselves.