You are here: Home / Tech & Science / A Weird Mollusk Has Eyes in Its Shell 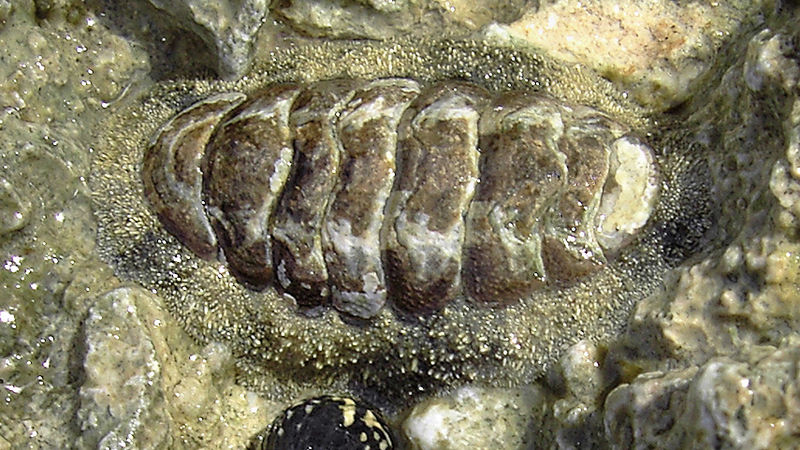 A chiton mollusk has grown eyes into its shell.

A weird mollusk has eyes in its shell according to a recent study published in the Science journal. A team of international scientists has observed the species which is called Acanthopleura granulate and has detailed the rare qualities the mollusk exhibits in the published study coordinated by lead author Ling Li, an MIT graduate and Harvard postdoc.

The bizarre species has found a way to bypass the evolutionary trade that most mollusks share, which is the loss of sight in favor of the protection offered by their shells. The Acanthopleura granulate is part of the chiton class, which is composed of armor-plated, large marine mollusks. But unlike many other chiton mollusks, this one can see everything that is happening around it.

The way it manages to do that is by evolving eyes made of the same ceramic material that its shell is composed of. Unlike many other species, whose eyes are made of protein and must therefore be protected inside the shell, the Acanthopleura granulate has eyes made of aragonite, the same mineral that is used to create its shell.

A previous study focusing on the species’ strange eyes has proved that they are in fact eyes that are not that different from human eyes, as they use ceramic lenses to focus and direct light onto a photoreceptor-covered retina in order to create a real image. According to the researchers studying the mollusk, this helps the creature monitor its environment by using its protective armor shell which contains the ceramic eyes. Although the shell is opaque, the eyes themselves are transparent.

What this recent study focused on was figuring out just how far the chiton’s sight extends and how clear the images that the mollusk can perceive truly are. And in order to be able to measure the focusing potential that the mollusk eyes had, the researchers removed a few eyes from the shells and analyzed them under the microscope.

Their findings show that the lenses themselves focus a rather clear image. However the mollusk’s retinas are very small which means that they can only host and process a limited number of receptors. This means that, while the lenses focus a clear picture, each of the eyes overall produces a tiny, pixelated image.

However scientists have explained that a clear image is not necessary for the chiton’s survival, as it only needs to observe the presence of a predator nearby. When chitons notice a predator they wedge themselves between rocks until the danger has passed. Researchers are hoping that the findings will be used in order to help develop highly protective eye gear for fields where this type of gear is needed.