You are here: Home / Health / A Handful of Walnuts a Day Could Keep Diabetes Away 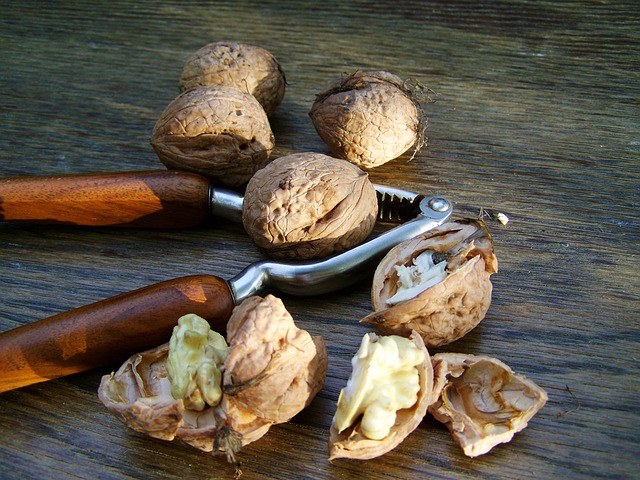 Walnuts may help reduce the risks of type 2 diabetes.

A handful of walnuts a day could keep diabetes away according to a recent study. According to the findings participants’ levels of risks of developing type 2 diabetes were lowered when a certain quantity of walnuts was introduced into their daily diets.

The subjects were asked to integrate s small quantity of walnuts into their daily diets over a period of six months. The trial showed that, after having consumed a small dose of walnuts daily over a period of 6 months the participants had significantly lower levels of “bad” (LDL) cholesterol in their blood, as well as a better blood vessel function in general, compared to the participants who had not been given walnuts as part of their daily diets.

These findings are important according to researchers because poor blood vessel functionality and high levels of LDL cholesterol represent high risks in type 2 diabetes. Dr. David Katz, the lead author of the study and the founding director of the Yale-Griffin Prevention Research Center in Derby, Connecticut, explained that walnuts have been found to contain large amounts of essential fatty acids as well as other nutrients such as vitamin E.

The participants were at first randomly divided into two groups: they were at first assigned dietary counseling meant to either curb their total calorie intake or to maintain their total calorie intake. Then, within the two groups, participants were randomly assigned to either receive an additional 2 ounces of walnuts along with their regular diets or not.

At the end of the six months the groups were switched for an additional 12 weeks so that the other people received the walnuts whereas the people who had been eating walnuts daily before stopped adding the nuts to their diets.

After an extensive evaluation of the patients’ health in several ways (including measurements of height, weight, body-mass index waist circumference, cholesterol, blood pressure and blood vessel function as well as diet quality) researchers concluded that when participants were eating the walnuts their blood-vessel function improved, as did the general quality of their diet, regardless of the type of dietary counseling they had received.