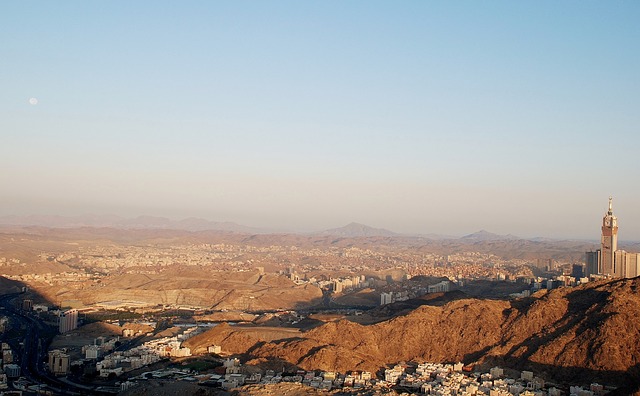 Life in the holy city of Mecca can become unbearable as a result of hot temperatures.

Recent weather reports predict unbearable temperatures in the Persian Gulf. Climate change is affecting regions all over the world, but scientists warn that the situation is much worse in the Arabic world where temperatures have already reached the so-called human critical threshold.

While most world leaders have been talking about climate changes and measures that people should adopt to prevent them, the apocalyptic scenario was already going on in the Arabic regions. It appears that temperatures are already too hot for humans to handle in these part of the world.

This finding was made after researchers looked at the weather reports in the past years. Researchers have also run high resolution versions of climate models for the Persian Gulf and discovered that most cities already have unbearable temperatures. Humans could be forced to move out of these regions if they want to survive hot temperatures.

The new findings are all the more worrisome, scientists have stated, because even shaded areas have reached critical temperature values. Scientists have also looked at the ‘wet-bulb temperature’. The latter is the heat value that is obtained when humidity and temperature are combined. This is the utmost temperature that humans can resist without being forced to use artificial means to lower the temperature.

So far, the human threshold has been established to six-hour long exposure to temperatures of 35 degrees Celsius or 95 degrees Fahrenheit. Temperatures that exceed these values for a longer period of time are considered highly dangerous for humans and the respective areas are labeled as misfit for humans.

The recent analysis has revealed that temperatures in the Persian Gulf are very close to reaching the critical human threshold already. To be more specific, in the Bandahr Mashrahr city of Iran the wet-bulb temperature was reached last year and it lasted for approximately one hour. If climate change continues, it is very likely that the wet-bulb temperature period will be exceeded in the next years.

Medical experts raise concerns on the health problems that the hot temperatures pose to humans. Workers in the Persian Gulf may be forced to change their daily schedules so they could survive. Furthermore, the growing temperatures cause city planners to make changes to lower temperatures.

The most worrisome fact is that the holy city of Mecca experiences very high temperatures during the spring months. Authorities worry that pilgrims’ health could be seriously affected during the praying days they spend at the Hajj, the famous Islamic pilgrimage in the holy city.

You can read more about greenhouse gas emissions here.