You are here: Home / Tech & Science / Governor Mead Has Updated the List of Endangered Species Act 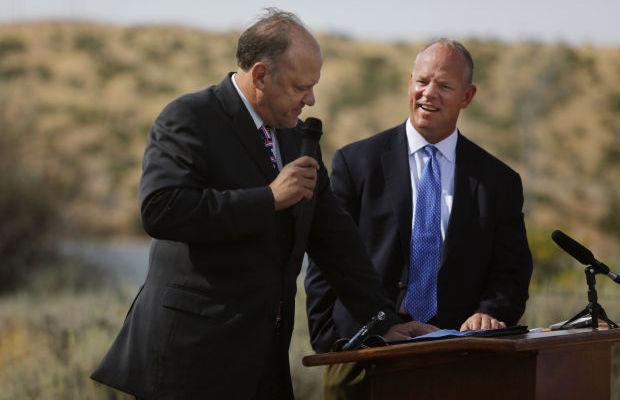 Governor Mead has paid more attention to the requests of environmental organizations. The latter claim a new version of the Endangered Species Act has to be adopted as soon as possible because the existing list is not comprehensive enough.

Wyoming’s governor will work closely with environmental groups to gather new data on wild species. Yet, Mead is not only interested in creating a list of endangered species, but rather in providing the safe environment that all animals need in order to reproduce and to survive.

According to the governor’s declaration, there are now approximately 23 endangered species of animals and plants that need to be better taken care of. The updated version of the new Endangered Species Act will have a strong impact not only on citizens, but also on industries and businesses, according to the Governor.

The Senate meeting on Monday was mainly preoccupied with the efforts that the federal government can make to prevent the complete disappearance of the endangered species. Based on the discussions that they have conducted, senate members have reached the conclusion that 69 percent resources can be provided to third-party organizations that work to support the environment.

Only 49 percent of the members have stated that they do not want resources to be invested in third-party organizations. In their opinion, the same results can be obtained if the local authorities get involved in preservation works.

While some species need additional protection, others may represent a danger for farmers and producers. It is the case of wolves and grizzly bears, who have grown uncontrollably in the past years and should, therefore, be removed from the Endangered Species Act because they are quite harmful to the inhabitants.

Many rangers in the U.S. regions have complained of wolves’ attacks, especially those who farm sheep and cattle. Some enlisted species cause problems to coal, oil and gas developers, Mead has explained. Consequently, upgrading the ESA and adopting new measures against these species are two of the most important issues that governors want to solve in the following period.