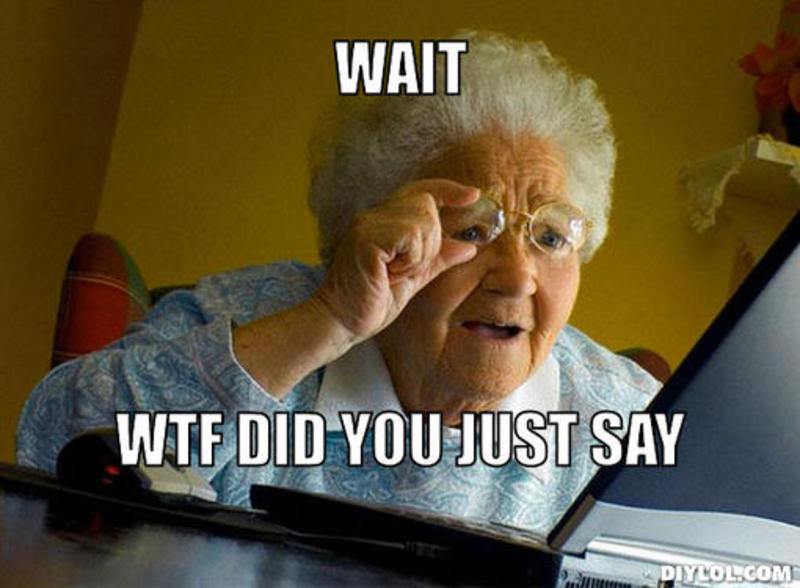 Grandma asks WTF did you just say about WTF?

Some exciting pieces of news have emerged these days saying that a mysterious piece of space debris called WTF will crash near India.

It is, as the news say, a piece of space junk that will fall hard into the Indian Ocean close to India in the middle of November. But we shouldn’t really worry, astronomers say, because the object is very small, which means there are very high chances of it even burning out after he enters our atmosphere and before he makes it to the ocean.

It will decrease in size, due to the friction with the air in our atmosphere while it falls and, apart from that, it will fall in a safe zone of the Indian Ocean. It will not even be visible to most of us, maybe only to astronomers and to those enthusiasts will keep a constant eye on it.

For some technical data, the European Space Agency says the object is only a few meters long, it’s called WTF and it will fall 65 miles far from the Sri Lankan southern tip into the Ocean. But, more interestingly, the object seems to be hollow inside, which made astronomers believe it might be manmade. But before all sorts of alien theories appear, astronomers have tried to make it clear that when they say man made, they mean “man” made. For example, it could be a small piece of a satellite or of one of our missions into space, like one of the Apollos, which tore off and now is falling back to earth.

All the more reason for that, stands the fact that, right now, some 500 000 manmade objects or pieces of objects hurtle pell-mell through space and around the earth, so there is a good chance that WTF is exactly that.

However, none of those 500 000 objects have ever made their way back to earth, this is why astronomers called WTF a UFO. Mainly because they simply cannot tell what it is while it’s flying  through space. They will be, though, after it lands, or more like it, crashes into our ocean.

WTF was discovered on October 3rd, by the Catalina Sky Survey, which was meant to warn us of incoming comets, asteroids or meteors. But space garbage will do too. We’ll take it. Not that we have a choice. Also, the European Space Agency has kindly asked us to stay tuned for more updates, until November, when it actually crashes.