You are here: Home / Technology / Meet RoboHon: Robot and Smartphone At the Same Time 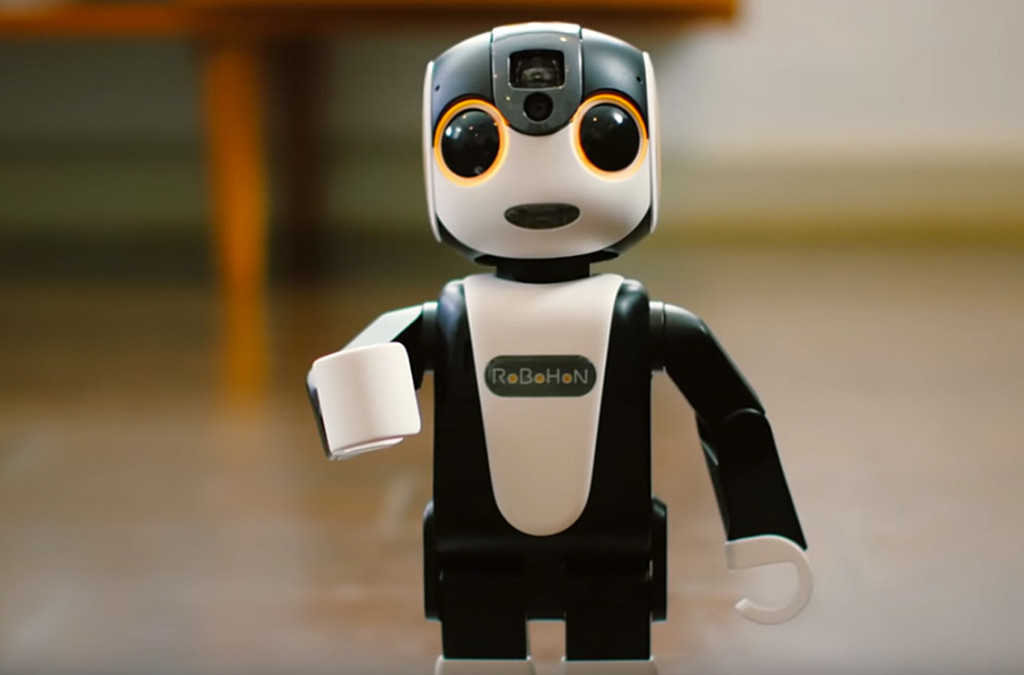 Meet RoboHon: robot and smartphone at the same time, this device will soon hit the shelves. With the smartphone market slowly reaching a common standard both on the inside and the outside, this cute and little robot-framed phone definitely breaks the mold.

Its abilities include being able to take calls, display maps, project pictures, and even dance. It’s basically a ‘bot with a built-in smartphone, even though some would be skeptic at the idea of a phone – and a smart one for that matter – with a mere 2-inch touchscreen.

But is there a point to the RoboHon? Does it really fit in your pocket? It’s hard to answer these questions, and we might just have to wait until next year, when the little guy will be launched in Japan.

This is what we know so far. If pitied against another smartphone’s specs, Sharp’s new device is unlikely to win. Its OS is a specially customized software build atop Android. In spite of including a camera, touchscreen and 4G LTE, the phone cannot be put next to all the other smartphones.

Firstly, the touchscreen is not only small, but also pretty basic; each home screen can hold only four icons. But there’s an explanation: RoboHon’s primary method of communication isn’t the touchscreen; more than anything, users will be talking to it.

Secondly, its huge buttons and icons might appeal to the elderly, one of the biggest subsections of Japanese smartphone shoppers. Even so, the robot-phone has a toy-like feeling to it – but in a good way. Picking it up is meant to offer a pleasant sensation that would lead to the desire of buying it.

Both the soles of the robot’s booties and his ears are covered in leather, but you will also be able to accessorize it with Swarovski crystals – it’s no joke, they already exist. The chest emblem doubles as a clip that helps you secure it into your jacket.

If you ask politely, the little robot can even do a dance as its legs and arms are designed to be articulated. But you’ll have to ask him in Japanese because that’s the only language it understands at the moment. Creators have given him a decent conversational grasp, so he’s able to take directions in different wordings.

Most of the robot’s abilities are voice-activated: calling people, taking photos, or replying to text messages. All things considered, don’t expect the RoboHon to be cheap; Sharp has yet to announce his price.
Image Source: Cult of Mac