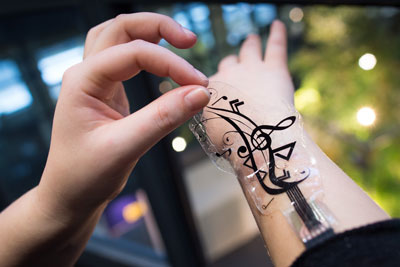 After numerous experiments and tests, scientists have created first touch-sensitive skin. The material sends signals to the brain and enables it to distinguish between light strokes and firm grips.

The science of creating artificial limbs no longer poses problems to researchers as technology has registered a great progress in the past years. It is sensitivity that seems to intrigue scientists, who want to make artificial limbs as functional as natural members. In their opinion, this is the element that is missing when trying to make fully functional prostheses.

Scientists at the Stanford University have proudly announced that they have created the first plastic material that can replicate the sensitivity of the human skin.

The material is made out of two distinct layers, one top layer that experiences sensations and a bottom layer containing numerous circuits. The latter interpret and transmit sensations from the top layer of the skin to the brain; thus, allowing the brain to establish whether a certain object is too hot or too cold.

The top layer has been described as a sensor and it is capable of distinguishing gentle sensations, such as, strokes and caresses and firmer touches, such as, grips and handshakes. While the theory might lead us into wrongfully assuming that the development of the new skin was a piece of cake, researchers have stated that the entire project took them approximately ten years.

Zhenan Bao, lead author of the study and professor of chemical engineering at Stanford University, has stated that this is the first time a group of scientists has managed to create a flexible material that is just as sensitive as the human skin. Their next goal is to create a flexible electronic fabric that can cover prosthetic limbs and allow wearers to experience realistic sensations.

Based on the information included in the scientific paper published in the journal of Science, there are approximately six biological sensing mechanisms involved in the human touch. Bao and her team of researchers only managed to replicate one of them, namely the distinction between the touch and grip sensations.

In the future, scientists plan to create artificial skin that can distinguish between various materials, such as, silk and corduroy or between various levels of temperature. Although there is still much work left to be done, researchers think they have found out the path they need to follow to achieve this goal.