You are here: Home / Technology / Facebook Rolled Out Emoji Reactions Instead of Dislike Button 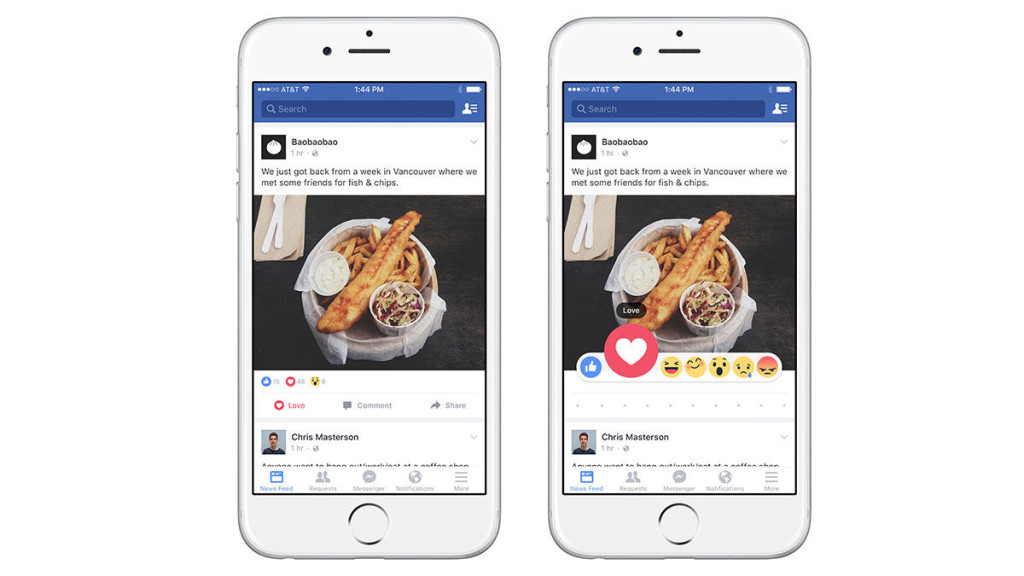 For those excited after Facebook CEO Mark Zuckerberg announced they were working on a “nuanced dislike button,” get ready to be disappointed. Facebook rolled out emoji Reactions instead of dislike button, but this might be the next best thing.

Meet Reactions, the latest feature that allows Facebook users to respond to pictures and posts with more than just a click on the Like button. We’re all familiar with emoji, and the company announced they might become a permanent thing integrated in the Like feature.

The easiest way to understand Reactions is to think of them as an extension of the current Like button. The little emoji expressing various possible reactions to a post will appear wherever you used to see the Like button before.

Long pressing on mobile – or simply hovering over it on desktop – will cause the Like button to transform into a panel of six different reactions: like, love, haha, yay, wow, sad and anger. Adding a reaction to a post will be counted underneath it, alongside the number of likes – the iconic thumbs up button isn’t going anywhere.

Each reaction has a corresponding emoji, and you can only add one to a given post – you won’t be able to “like” and “wow” the same photo, for instance. But hold your horses; you might have to wait a while longer before enjoying Reactions.

As it usually goes with Facebook updates, it all comes down to location – if you’re in Ireland and Spain, you’re in luck; Zuckerberg announced these users will be the first to test the new feature. The schedule for other countries is still unclear, but it will most likely be influenced by the reaction of the initial testers.

In spite of the fact that users have been relentlessly asking for a “dislike button” pretty much ever since Facebook launched, it’s not so surprising to see that “dislike” didn’t make in the Reactions panel.

People say some of Mark Zuckerberg’s comments might have encouraged them to think otherwise, but the CEO says he has always made it clear he wasn’t going to create a “dislike” feature. Why? Because, he explained in a Q&A back in December, it “would convey too much negativity.”

That said, users are encouraged to keep in mind that is not uncommon for Facebook to change some of the features in the experimental stage, such as this one. The gradual rollouts are the company’s way of gaining insight on the users’ response and adapt after the initial feedback.
Image Source: NBC Bay Area