You are here: Home / Tech & Science / Eels Can Use Physics For Their Own Protection in Fighting Large Prey 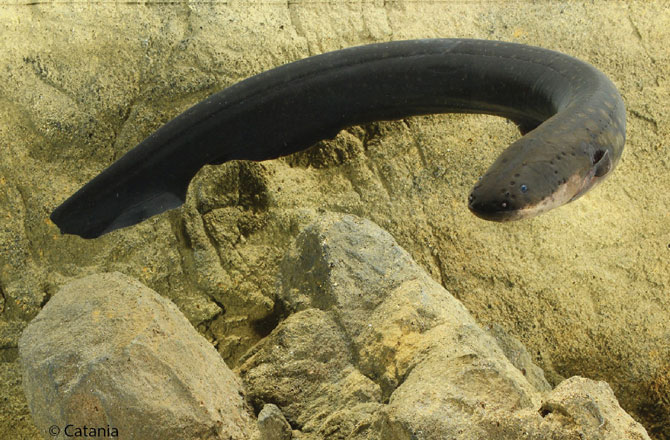 People probably don’t think of electric eels when the subject of the world’s most devious predators comes to mind, but they should. As a new study has revealed, eels can use physics for their own protection in fighting large prey.

Published in the journal Current Biology, this study describes the fascinating science trick for the first time, explaining that eels increase their electric charge when needed. Here’s how that works: electric eels – which are in fact fish – have electrocytes along the full length of their bodies, some special cells that store electricity.

Whenever the fish feels threatened, it can discharge that electricity into the predator. For comparison, the 600 volts the eel can produce are 5 times the voltage that goes through a standard wall socket in the U.S. But according to this new research, the eels can also increase their charge without actually producing more electricity.

When faced with a bigger prey, electric eels curl their tail as to touch the prey opposite from the eel’s mouth. By doing this, the fish can trap the prey directly between the positive and negative poles of the electric eel. As a result of the new configuration of the electrical field, the eel ends up with more than double the power it inflicts on its prey.

The researcher who discovered the amazing mechanism, Kenneth Catania, biologist from the Vanderbilt University, is actually rather familiar with electric eels, having already made several groundbreaking findings on their behaviors.

For example, he found that electric eels can use their electrical pulses like radar, and that certain pulses can be directed at attacking the prey’s neurons, forcing it to come out hiding and into the open. But this latest finding tops them all.

What’s happening is that the eel can run the prey’s muscles at a high rate over and over again, until the prey can’t contract them anymore. In this respect, Catania thinks the eel is very much alike venomous snakes. Straight out of a physics lesson, the eel knows how to inactivate muscles with electricity, not unlike the way venomous snakes fight with their prey by chemically inactivating their muscles.
Image Source: Discovery News