You are here: Home / Technology / General Motors Has Introduced the Most Silent Hybrid Car: Chevrolet Volt 2016 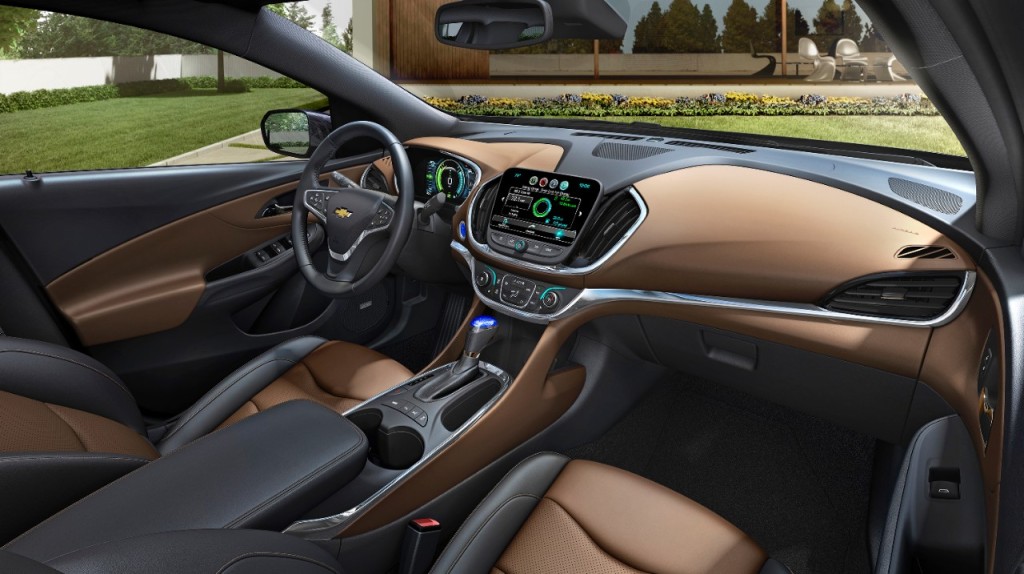 The interior design shows Chevrolet did not compromise comfort for efficiency.

It was about time someone did something to improve hybrid cars and convince people it is really worth making the transition. General Motors has introduced the most silent hybrid car: Chevrolet Volt 2016.

2016 seems to be a prolific year in terms of hybrid vehicles, at least when we look at some of the offers that American auto makers have prepared. General Motors has recently announced that they will be introducing the second prototype of Chevrolet Volt at the beginning of 2016.

The hybrid vehicle has amazing capabilities, according to car lovers. Reviewers have all agreed that the new model of Chevy has been significantly improved and it can stand as a perfect replacement for gas vehicles. Even better, the 2016 Chevy works with two engines that increase horsepower up to 149 when they work simultaneously.

If drivers select only one type of engine, the horsepower will drop to 101 – a remarkable limit considering that the vehicle has been provided with a 1.5-liter engine. It is, however, not the power that impresses testers, but rather the silent functioning of the car. Chevrolet appears to have created one of the most silent hybrid vehicles on the market, thanks to the lower rpm (the maximum limit was set at 5600 rpm).

There is a significant difference when compared with the first Volt prototype. The direct injection engine is not only greener, but it is also much more silent compared to the past models.

The second-generation Volt vehicles are equally efficient in terms of fuel consumption. When the two engines are used separately, drivers can go up to 1,000 miles before they run out of fuel. Yet, the capabilities of the gas engine are not to be neglected, either. The car can run approximately 42 miles without a refill.

Although Chevy’s new Volt is a hybrid vehicle, it does not look like one. The auto maker stays truth to its classic designs, which is why the new model has large dimensions and sport features. The new Volt has been valued at a starting price of $33,995.