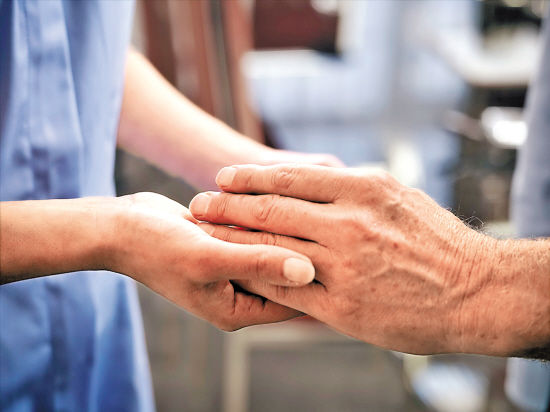 An already approved cancer drug springs hope against Parkinson’s disease for the 1 million patients that are reportedly afflicted with the condition at this moment in the United States. It’s a tragic condition that cripples the lives of many people around the world.

The trademark symptoms are tremors, rigid muscles, and difficulty moving, turning simple day-to-day task into impossible feats. It affects the lifestyle of both the patients and their family to an unfortunate degree. Researchers at the Georgetown University Medical Center have perhaps found a way to alleviate the damaging effects.

They tested the effects a drug called Tasigna (nilotinib), developed by Novartis, which is commonly used to aid against chronic myelogenous leukemia. In high doses, the medicine  proved itself capable of killing cancer cells. But in small doses, it has showed itself able to essentially boost the brain’s “garbage disposal system”.

Since nilotinib is already FDA approved, researchers managed to conduct a human trial on 12 patients suffering from Parkinson’s disease, after excellent results in mice. It was a relatively small test, with no control group who were treated with placebo. The patients were given one daily dose for the course of 6 months, all of which presented with late symptoms of the crippling disease.

While researchers hoped it would slow down or even stop the progression of the disease, it appeared that the drug achieved much more. In 10 out of the 12 participants, nilotinib effectively reversed some of the worst symptoms. It was found to have incredible effects in those suffering from Parkinson’s, or other similar conditions to Lewy body dementia.

Patients who had not been able to walk properly or even talk to their families anymore had more energy. The researchers described the results as an “awakening”. They could stand up, move better, dress themselves or properly feed themselves. Even as soon as 3 weeks after taking the drug, they showed remarkable improvements.

The results were astounding, helping patients with late stage symptoms and their families find a semblance of hope.

The researchers monitored the harmful tau protein, amyloid beta, and alpha-synucleic proteins that accumulate and cause brain cell death. They all either stabilized or fell in numbers. Furthermore, the team also observed a rise in dopamine levels, which is needed for movement or other important functions. According to Dr. Charbel Moussa, who led the trial, nilotinib “forces cells into autophagy, a biological process that leads to the death of tumor cells”.

It was effectively and remarkably able to boost the patient’s ability of disposing of the harmful proteins. Researchers will also be looking into the matter if it will provide the same results in patients with other neurodegenerative diseases, such as Alzheimer’s, ALS, and Huntington’s disease.

While some seem fearful of being hopeful due to the lack of a control group in the trial, others now plan on conducting a similar study on a much larger scale. For patients, the high price does provide a hindrance. Only 28 pills of nilotinib, enough to take for one month, costs between $9,000 to $10,000.

One woman even reportedly sold her car to keep her recovering husband on the medication. Researchers hope that they will be able to conduct a bigger trial, add a control group, and find a way to offer the drug at a more compassionate price.