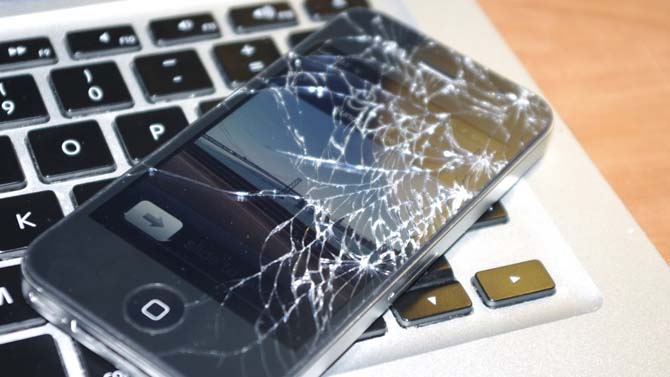 So you dropped it, for the first time. Your brand new iPhone has met the floor face-forward and now it’s the moment of truth. You pick it up and you either let out a deep sigh of relief seeing the screen in one piece or the blood rushes to your feet because your phone is toast.

But apparently that won’t have to be the case anymore, seeing that Apple has filed a patent for a new screen protector that can absorb the shock of a fall so your smartphone is kept safe from unexpected damages. The new technology includes a screen protector that covers the display in such a manner that a gap is created between the protector and the screen.

However, if you’re an iPhone owner, don’t get your hopes too high, as there’s no guarantee that Apple’s Active screen protection for electronic devices will ever be implemented. It’s not uncommon for patents to never be utilized, seeing that technology can often change during the patent approval process.

But as far as the technical details go, the invention uses motors and a mechanism that moves a pinion when linked to these screen protectors. Various materials could be used for these tabs, be they rigid of flexible, including plastic, metal, polyethylene terephthalate or other polymers, or combinations of the aforementioned materials.

The report also mentions it includes sensors in the camera and specialized motion capture software that can detect when the iPhone gets really close and really fast to an object – aka dropping to the ground. After a set period of time, the protectors can retract, when sensors detect that falling has stopped.

Hopefully, the impact has been successfully absorbed, so the iPhone will either check its sensors or obey the preset timer to make sure the danger has been averted and retract the bumpers via built-in mini motors.

Apple has published last month another patent called “Wireless Device Networks with Smoke Detection Capabilities.” While both these inventions sound neat, we’re not sure if they won’t be buried alongside others, like that one hidden joystick that can pop out of your iPhone’s Home button.

But if we’re lucky, the overly-sensitive iPhone screen could soon gain a little strength facing the oft-occurring drops; the slight hit there and a small bump there won’t result in a screen crack anymore, saving you hundreds of dollars.
Image Source: Technology Blogged