You are here: Home / Health / 3D Printing Might Be The Solution To Heart Damage 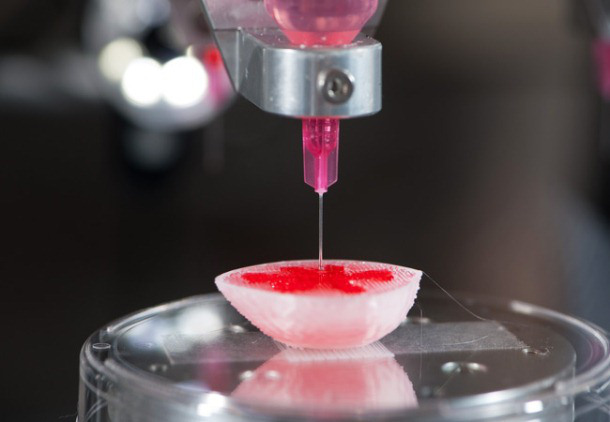 In the future, 3D printing might be the solution to heart damage, but both the medical and scientific communities are taking steps in the meantime toward that optimistic possibility. Perhaps the lack of donors might not be such a severe issue anymore.

Researchers have been working on 3D printing of heart models out of biological materials. However, the field is still years away from beginning tests on humans. Furthermore, the equipment is heavily expensive. Bioprinting requires specialized printers that can cost up to $100,000, which makes them inaccessible for most.

However, Adam Feinberg and his colleagues tried to figure out how to synthesize human tissue through a cheaper version. It started simple, with some gelatin supplies from the supermarket, and a 3D printer of just under $1,000 in price. The means sounded more affordable and offered more freedom.

Feinberg began testing it out by building structural replicas of arteries, brains, and other organs. This was in the hope that, one day, transplants would no longer be a necessity in repairing damaged organs. The new era of technology and 3D printing could provide with the excellent solution. The artificially created organs could become scaffolds for living tissue.

The typical 3D printer works with hard compounds, such as metal or plastic. This works by depositing layer upon layer of the material, which would eventually be built into the designated object. However, softer materials that would be required for transplants posed as a challenge.

Useful and appropriate choice such as collagen, alginates, or fibrins are needed. According to Feinberg, these softer fabrics collapse under their own weight, which means they need additional support. They figured out a way to fix the problem, by providing a soft base for the already soft material, specifically gel.

As stated by the researcher, it was essentially like printing “one gel inside another gel”, with one of them serving as the support. The new technique, called Freeform Reversible Embedding of Suspended Hydrogels (FRESH), presents with the advantage that after the model was printed, the supporting gel can be easily washed away.

By using water at body temperature, it would be swiftly cleaned without damaging sensitive biological molecules or bioprinted healthy, living cells. Now, they have to work on placing real heart cells into the 3D printed models, and they will be closer to achieving a life-like result.

Some experts in the field claim that 3D printed organs, or parts of them, will be viable for transplant in the future. Reportedly, it’s happening, and it’s only a matter of time.