You are here: Home / Health / Ward Off Depression by Following a Fish-rich Diet, Study 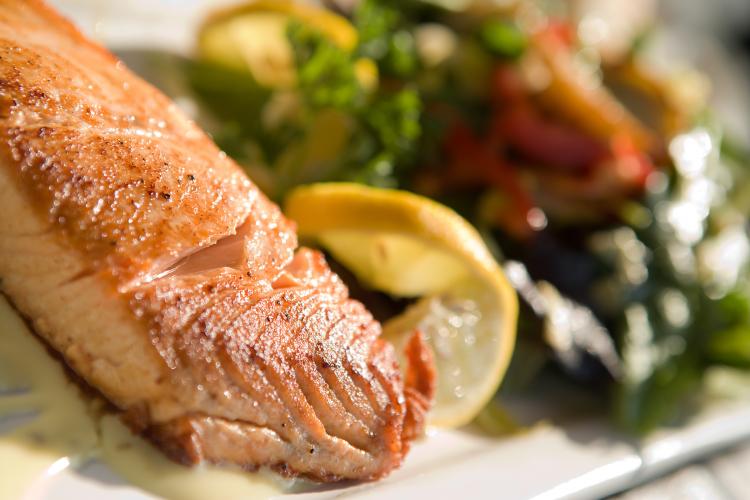 In regular quantities, fish is very good for you, according to a series of studies that covered almost all continents; ten research projects were conducted in Europe, seven more in North America, and three other took place in South America, Asia, and Oceania.

Developed by the Qingdao University’s Medical College in China, the extended study researched the possible link between fish intake and depression. Analyzing the collection of data showed that individuals who ate more fish and on a regular basis had a 17 percent lower risk of becoming depressed.

As it turns out, following a diet that’s high in fish meat is another successful way to prevent symptoms of depression. Researchers pointed out that studies conducted in other countries may have shown a lesser benefit of the diet, but the reason why that happened is simple: studies conducted there had a significantly smaller number of subjects, which made it more difficult to establish a statistical significance.

The link was explained by two theories; first off, staving off depression while eating fish might have something to do with the vitamins, minerals and the high-quality protein found in the met. At the same time, eating more fish could also suggest a healthier and more nutritious diet, which is known to make us feel better about ourselves.

Other theories include the omega-3 fatty acids contained in the fish that are known to alter our brain cell membrane structures, but details on how this can keep depression away are still unclear.

But researchers were careful to emphasize that the study is purely observational, which is why they couldn’t prove that eating fish and warding off depression are in a cause and effect relationship. Moreover, the participants were not inquired about the type of fish they ate, or the forms they cooked it in.

Other factors could also be involved in the study’s results, such as the greasy acids found in fish that have the ability to change the activity of dopamine and serotonin, the neurotransmitters responsible with our pleasure and sadness reactions. Researchers believe both of them play a part in the onset of depression.

Published in the online issue of the journal of Epidemiology & Community Health, the research project concluded with something we can certainly relate to: following a fish-rich diet is a good choice, as plenty of our bodies’ systems are kept in good condition by its proteins.
Image Source: jobs24.co.uk