You are here: Home / Technology / Skype for Android Gets New Update for Smartwatches 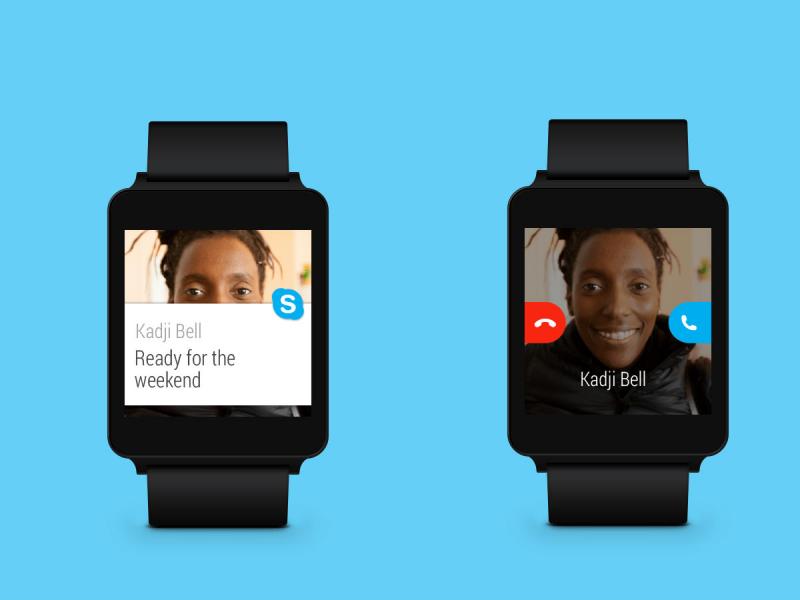 Starting of today, Skype for Android gets new update for smartwatches letting people use their Android wearables much in the same way they do with their PC versions. According to the official announcement, users will be able to chat, message and have phone call conversations without accessing their smartphones.

On early Tuesday, Skype published an official announcement on their official website informing users that they can now upgrade their Skype for Android versions for smart technology integration. Skype users have been waiting for a similar announcement for a long time, yet, the company didn’t seem interested in offering support to smart wearables until today.

There are many services that have been included in the 6.4 upgrade. According to the company, Skype customers can use their smartwatches to instantly message their friends. They can quickly reply to received messages by accessing the menu of their Android wearables; thus, using their time efficiently.

Phone calls are possible with the new upgrade, as well. All users have to do is type the name of the person they want to call and a calling message will be prompted. To spice up conversations, Skype has also introduced the Skype Mojis, the recent feature that lets users send scenes from their favorite movies to each other.

The update has been made available on Google Play, so customers can head to the online website to download it. Tech analysts expect the new update to become very popular given its increased functionality.

The closest best thing that users have had so far was LG’s Call for Android, but the app did not have as many features as Skype’s program. Users had a much more restricted number of options to set up their contacts list and to initiate calls, compared to Skype for Android, which offers a wider range of tools.