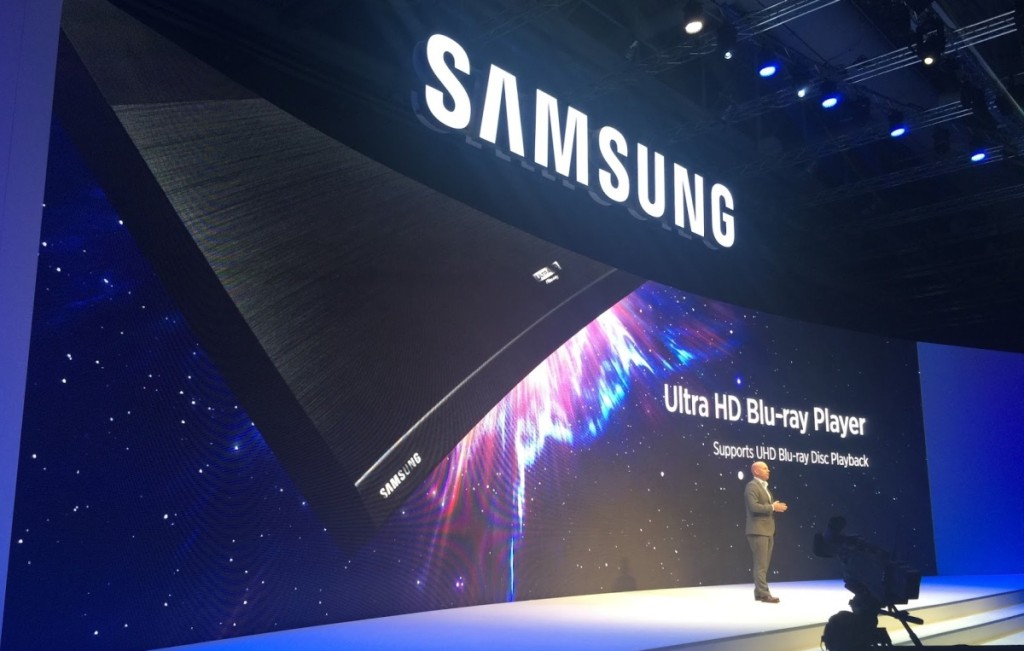 UHD Blu-Ray Players and UHD TV sets are said to replace existing technology and Samsung will be the first to make the leap.

Tech developers are trying to get consumers to be more interested in TV sets after most of their attention has been directed towards smartphones and tablets in the past years. Samsung has set launching dates for Ultra-High Definition Blu-Ray player that is said to reach market shelves at the beginning of 2016.

The South Korean company won its leading position on the electronics market thorough the advanced TV sets they produce. Recently, Samsung has been paying more attention to smartphones and tablets, leaving the world of the TV sets aside for a couple of years.

The recent announcement that Samsung has made at this year’s IFA electronics show in Berlin proves that the developer is determined to go back to its roots. The producer announced that they will be releasing an ultra-high definition Blu-Ray player at the beginning of 2016.

Tech specifications of the new device remain unknown for the moment. Samsung has only limited its presentation to the most important options that the device will feature. Compared to the regular Blu-ray, the UBD-K8500 Blu-Ray player is capable of delivering four times the resolution. The color expressions, too, will be 64 times more vivid, according to developers.

Users, however, will have to completely change their TV sets as many of the UHD Blu-Ray wonders will not be visible unless the owner pairs it with a UHD TV. Samsung is, thus, indirectly, modernizing its collection of television sets, as well as 4K DVDs, the successor of Blu-Ray.

The new discs and the ensuing picture format are expected to go on sale by the end of 2015. They will cost approximately $30, but their price may also be set by movie producers.

Samsung plans to launch the new UHD Blu-Ray player at the beginning of 2016, but other details remain unknown for the moment. There have been rumors that the cost of the device will be around $500. Samsung made no valid declaration in this sense. US and European consumers will be the first to have access to Samsung’s new UHD collection, according to the company’s declaration.

4K-based devices are said to be the future of technology. Yet, many tech analysts wonder whether such a radical change in point of video format is really necessary.

YouTube has recently showed its support for 4K videos, which will gradually replace existing formats. Developers made an interesting observation: the advanced features of the 4K YouTube video went unnoticed because most users lacked the necessary technology to perceive them.

It will be, in fact, very interesting to see who will purchase Samsung’s new UHD Blu-Ray player and 4K DVDs and why, considering that no movie or content has been produced yet. Movie studios keep silent on the subject because production costs for 4K videos may be too big.