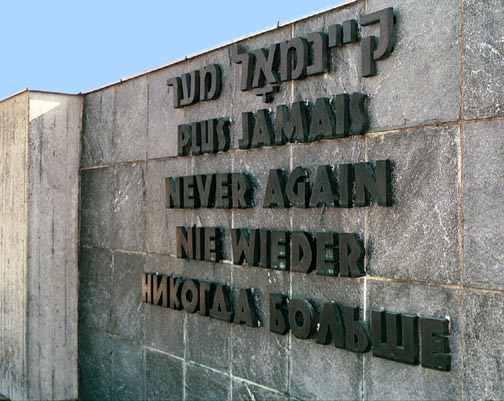 “Never Again” – the promise that humanity made at the entrance of Dachau’s concentration camp.

Based on a recent announcement, Holocaust Museum introduces new tool to prevent genocide. The online program looks at the existing conflicts within societies and determines which countries are more likely to register mass killings and which are more peaceful.

“Never again” is the powerful message that accompanies one of the commemorating statues at the Dachau concentration camp in Germany. The message, translated in all international languages, stands as humanity’s promise to prevent genocides and to do whatever in our power to prevent history from repeating itself.

Yet, humanity is prone to mistakes; hence, scientists’ decision to develop a new online tool that can prevent mass killings. The program used all the available data related to countries all over the world and drew the conclusion that genocides are imminent in at least 10 countries around the world.

At the top of the list is Myanmar, followed by Egypt, Nigeria, Sudan, Pakistan, Somalia and Afghanistan. Among the 10 most dangerous nations were also the Central African Republic, Congo-Kinshasa and the South Sudan.

These countries have been identified based on the interior turmoil they presented in the past decades. According to researchers’ declaration, civilians within these 10 nations are either oppressed by political leaders or by rebellious groups. Thus, the program has estimated that sooner or later civilians in the 10 countries will be killed by one group or another.

Benjamin Valentino is one of the architects, who has worked for the development of the Early Warning System. In his opinion, the online tool is much more accurate because it is no longer biased by researchers’ subjective opinions.

Valentino has further added that similar endeavors were made in the past, but they were not successful because they involved small groups of scientists, whose knowledge on Earth’s nations was limited. The Early Warning System does not contain only a large database on the current situation of worldwide nations, but also historic data that goes back to more than 50 years.

Statistic information is complemented by experts’ opinion on the matter. More than 100 experts on international affairs have taken part in the new project helping trace the main nation risks.

Valentino has, nevertheless, stressed at the end of his official declaration that the new project may still have its error margins. He expects mistakes to appear, but he is sure this data will be used to further improve the system.