You are here: Home / Tech & Science / NASA Is Working on a New Concept of Hedgehog Robot for Comet Exploration 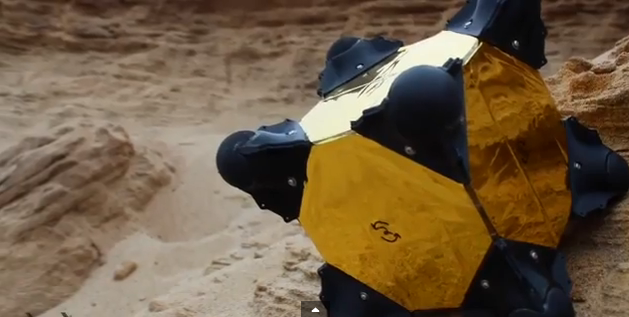 According to official reports, NASA is working on a new concept of Hedgehog robot for comet exploration. Given that the previous model developed by the ESA had not been successful, researchers have decided to build a new prototype that is much more resistant and presents better maneuverability.

The ESA launched their Philae lander on Rosetta at the beginning of the year hoping the project will help shed light on the surface of comets. Unfortunately, scientists experienced difficulties during the landing process and the robot collapsed on the surface of Rosetta.

The investigation machinery is now trapped between two rocks and there have been little signs from them since then. The apparatus has been provided with solar batteries, but its position prevents it from getting sun light. Scientists were hoping the robot will grow near the sun during the following period and thus, recharge its batteries, but their hopes have been in vain.

The new Hedgehog Robot that scientists are developing is said to fix all the problems that researchers have experienced. Unlike the Mars rover, the Hedgehog machinery has a different system because the small surface of the comet does not enable it to travel in the same way.

NASA experts have studied weak gravitation fields in order to understand which moves are most indicated when investigating the surface of the comet. Based on their findings, the new bot will do most of the job while hopping and rolling on the terrain.

According to Issa Nesnas from NASA, the robot will be shaped like a cube because this form is the most recommended. Thus, the machinery will be able to operate precisely no matter what side it may land on. Additionally, the cube-shaped robot will be provided with flywheels that will enable it to spin, turn and hop.

Most programming techniques will be executed by NASA’s ground operators through the close control of the flywheels. Many hopping angles have been considered, including the so-called “tornado” which makes the bot spin itself up until completely out of a depression.

Some elements will still be preserved from Mars rovers. Hedgehog will for that matter, be just as autonomous as its predecessors being operated solely form the ground.