You are here: Home / Tech & Science / Mars is the New Earth: NASA Finds Evidence of Flowing Water on the Red Planet 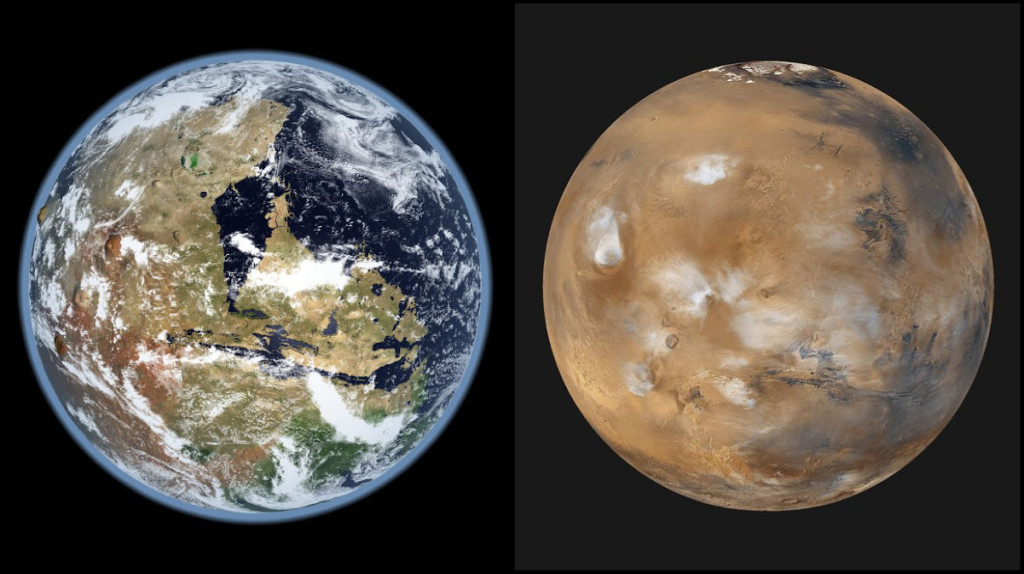 The more discoveries we make, the more similarities Mars bears to our planet.

Many more space pictures suggest Mars is the new Earth: NASA finds evidence of flowing water on the Red Planet. This means earthlings could soon discover alien creatures on the surface of the grit-based celestial body.

A series of new pictures have arrived at NASA’s headquarters indicating unusual dark streaks on the surface of the Red Planet. After minute analyses, researchers have reached the conclusion that the respective streaks are caused by water-bearing salts.

Much like in the case of our Mother Planet, the salts can turn into flowing water, but this only happens during the summer months. Scientists have drawn additional conclusions thanks to the new discoveries they have made.

In their opinion, the presence of the flowing water is the strongest evidence that alien life is possible on Mars. And the similarities don’t stop here: Mars-based creatures most certainly hibernate for most parts of the year because water is not available for them in the rest of the year.

NASA experts have, nevertheless, stated that the quantity of water on Mars is limited. Judging by the shape and size of the streaks, they have assumed the water can only suffice for 40 Olympic pools.

According to Professor Alfred McEwen at the University of Arizona, the water is available only in one particular are of the Red Planet. People on Earth should not imagine water on Mars as we see it on Earth under the form of seas and oceans, but rather under the form of wet soil layers, he added.

The mystery of the dark streaks has been puzzling NASA’s researchers since 2010. Finding an explanation was all the more difficult since the dark streaks appeared and disappeared at specific time intervals throughout the year. Thus, water is available on Mars only during the summer months, astronomers have concluded.

Scientists have used the Curiosity Rover to collect brine samples near the streaks. It appears that water on Mars has a different composition than the water humans normally use. The collected samples contain large amounts of magnesium chlorate, magnesium perchlorates and sodium.

It is due to these minerals that water can be stabilized on the surface of Mars because the freezing and the boiling points are set to 126 degrees F and 75 degrees F, respectively. Yet, additional researches have to be made because the composition of Mars’ water varies from one region to another.

It will be also interesting to see what characteristics alien creatures on the Red Planet would have to have in order to consume this newly found water. You can send us your ideas by writing a message in the comment boxes below.