You are here: Home / National News / Experts Unsure Why Murder Rates Have Started Increasing Across America 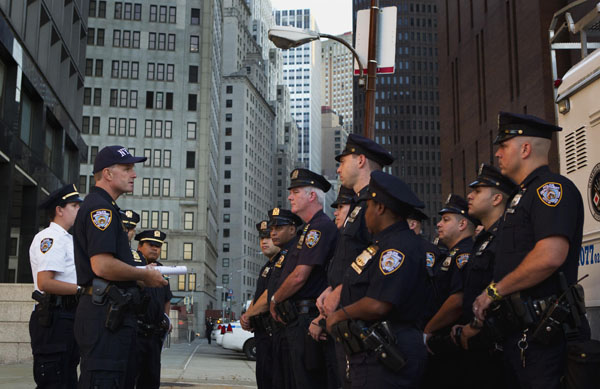 For the past couple of decades, the figures on people getting murdered in the United States have been on a healthy decline, but that’s not the case for 2015. According to a new report by the New York Times, experts aren’t even sure why the rates have increased so much in some of the nation’s biggest cities.

Dramatic spikes have been registered in Milwaukee, for example, where 76 percent more murders than the same period last year means that 104 lives have ended in murder so far this year.

Milwaukee’s high rates have also been influenced by the Black Lives Matter anti-police brutality movement, and other cities joined it in the battle between race and policing in the United States, such as St. Louis with a 60 percent increase, and Baltimore with 56 percent.

In order to explain the constantly growing murder rates, some experts put the blame on the bad press surrounding the deaths of unarmed black men, as they led to milder police tactics and offered deadly courage to the criminal base.

Others blame it on a mixture of drugs, higher availability of buying and owning firearms and violence caused by rival street gangs. Some – those who try to understand the mentality that prevails in some communities – recognize the fact that people would rather turn to violence than not being able to settle an argument.

Edward A. Flynn, Milwaukee’s police chief, has confirmed this theory when he told the Times that it’s often a matter of life and death – literally – for people who feel they have to defend their honor and credibility within their community.

Combining this mentality with the harsh reality some of them live in results in a scenario where most of them consider it to be more dangerous to get caught without a gun than to get caught with a gun. And there are the murders born from petty arguments on Facebook, or over girls.

However, it must be noted that current murder rates are nowhere near the figures reported in the ’80s and ’90s. See 1993, for example, the infamous peak of this crime wave, when the crack cocaine epidemic resulted in 2,200 homicides in New York City alone. Ever since then, the homicide rate has been on steady decline.

Chicago holds the red-stained record for this year so far with 294 murders, which led law enforcement officers and members of the political parties to debate with prison reform policies over reducing prison populations.

On the bright side, there are some cities that haven’t joined the trend, such as Cincinnati and Newark, both with steady homicide rates this year.
Image Source: Reuters