You are here: Home / Tech & Science / ISS Astronauts Were Not Impressed by Matt Damon’s ‘Martian’ Movie 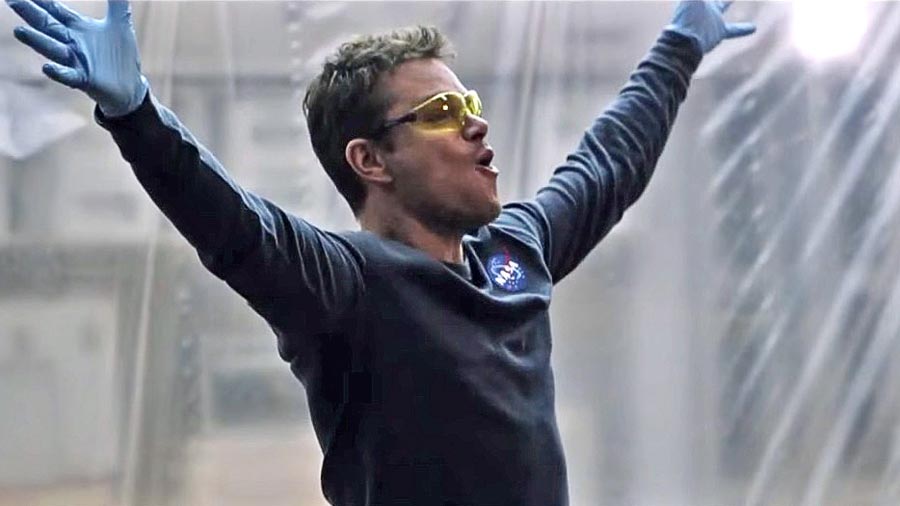 Unrealistic as the plot may be, Matt Damon’s charm is sure to win film goers’ hearts.

Hollywood film producers still have a lot to learn from scientists when it comes to space exploration. No wonder then that ISS astronauts were not impressed by Matt Damon’s ‘Martian’ movie. They claim the plot is not at all realistic and it can sometimes misinform the public.

Ridley Scott has clearly not paid attention to NASA’s most recent research on Mars; otherwise, he would have better illustrated the Martian territory, according to astronauts on the International Space Station. In an attempt to keep experts on the space ship entertained, NASA has provided ISS astronauts with Matt Damon’s latest movie, ‘Martian’.

There are many advantages when being an ISS astronaut. Apparently, you don’t just get front seats to amazing sky events, but also to most recent movie productions. Sometimes even ahead of the launching date as was the case with Matt Damon’s ‘Martian’ film, which is due on October 2.

Just as you can’t sell ice to an Eskimo, you can’t give an unrealistic perspective on Mars to ISS astronauts. The majority of the space experts have concluded that the producer was not well-informed; otherwise, he would have known that there are no winds on the Red Planet.

The protagonist of the movie is left behind on the Martian land after his team has to return to Earth to escape a powerful tornado. Astronauts claim a similar scenario is not possible, so they were hardly impressed by the story.

Moreover, the producer seems to have made a colossal mistake when asking Matt Damon to walk on Mars as he normally would on Earth. Scientists have explained that characters would have to hop to go from one point to another while crossing Mars’ territory.

Failing to miss the entertaining and let’s not forget, science fiction side of the movie, astronauts gave the protagonist no chances of survival. In their opinion, the actor would have died of radiation or if he managed to return to the Earth, he would have died within a year. After all, not even Bruce Willis could stand against the Armageddon.

For the rest of us, terrestrials who like to indulge in apocalyptic scenarios, be they on Earth, on Mars or any other place, the movie looks quite promising. To Ridley Scott’s defense, it may be argued that there have been many Earth-based Sci-Fi scenarios and none of them was truly realistic.

NASA’s negative reviews may still boost the movie’s popularity, so we should expect the ‘Martian’ to lead winter’s box offices. Meanwhile, you can have a look at the official ‘Martian’ trailer and tell us your predictions on the movie.