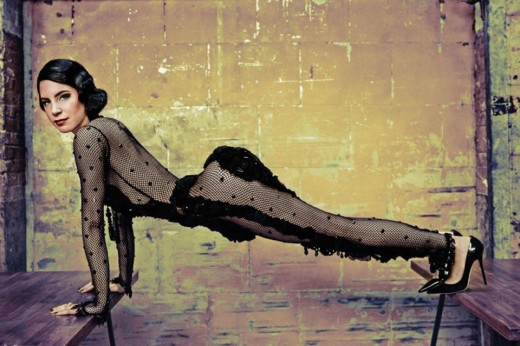 The more popular on Instagram, the more chances models have to make an appearance in fashion shows.

It has been proven recently that a new algorithm can help Instagram predict America’s Next Top Model, based on online popularity. Studies have revealed that the more popular a model was on Instagram, the more chances she had to take part in runway presentations.

Emilio Ferrara from the University of Southern California was one of the authors of the study. He has stated that the main goal of the research was to determine whether supermodels who are popular on Instagram are also popular among fashion agencies. The results of the study have been favorable as they have proven that the two worlds coincide.

Useful information was gathered on 400 fashion models from the Fashion Model Directory. Researchers looked at their Instagram accounts to determine how many followers, posts per month and likes or comments they have. The survey focused on qualitative data determining whether the comments were positive or negative.

Researchers have stated that the six most popular models for the Fall/Winter 2015 were Sofia Tesmenitskaya, Renata Scheffer, Melanie Culley, Sasha Antonowskaia, Phillipa Hemphrey and Arina Levchenko. By closely looking at their Instagram accounts, researchers have further concluded that a higher percentage of posts and comments can increase popularity by 15 per cent.

More likes, on the other hand, don’t necessarily mean that the model will become more popular. Profiles with more likes had 10 percent smaller chances of becoming America’s Next Top Model.

Judging from the physical appearances of the six most popular models, scientists have concluded that the taller a woman is, the more chances she has of becoming famous in modelling. Slender figures are still among designers’ first choices which could trigger further debates and discussions on the influence that these could play on young girls.