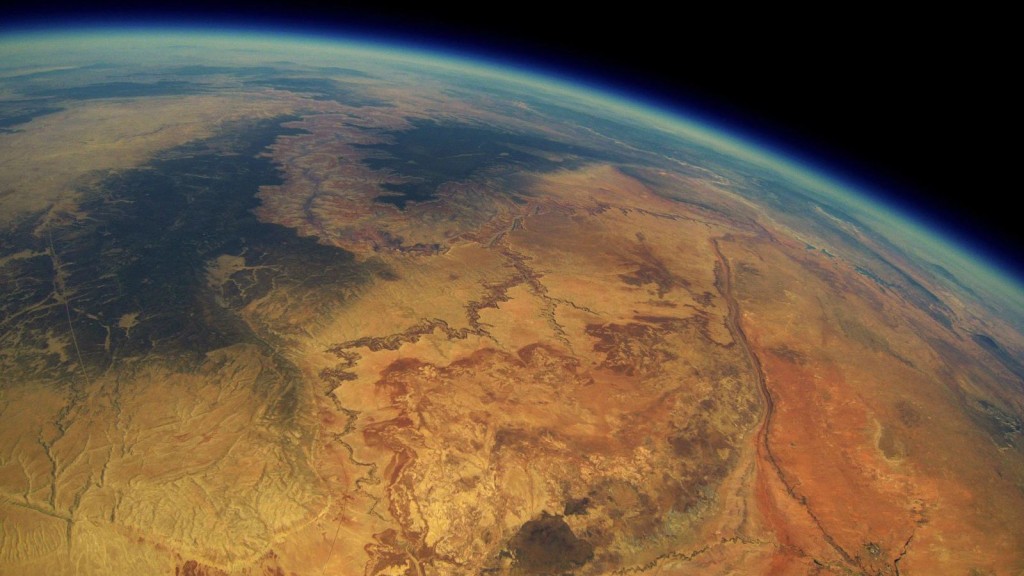 When the weather balloon aired by a group of university students over the Grand Canyon in hopes of getting imagery from the rim of space never came back down, they knew it was a failed experiment. That’s it, until two years later, when a hiker found their cameras in the desert and brought it back.

Sending the helium balloon up in the air required months of planning in advance, and the team of five Stanford University students did their work diligently. After attaching a smartphone and two cameras to the balloon, they released it on the Arizonian desert just north of Tuba City.

The main purpose of the June 2013 mission was to take some breathtaking aerial shots of the Grand Canyon and the surrounding area with the help of a GoPro camera and a Galaxy Note II. The undergrads – studying fluid lensing – had planned to use a smartphone app in order to repossess the cameras and phone after the mission was complete.

The app should’ve sent texts with the smartphone’s GPS coordinates which would have enabled the team to get their equipment back when it reached back on earth; the returning trip was ensured by an attached parachute. However, all their plans failed when they found that communication with the smartphone had been ruined.

After reaching a maximum altitude of about 18 miles, with took about 90 minutes, the equipment had dived into the desert floor. Surprisingly enough, all of it remained intact, even though it spent the next two years there.

One of the students explained in a Reddit post that the main problem was with the coverage map they depended on. It turns out that the signal offered by AT&T never reached the phone as it came back to Earth, so the team never heard from it again.

Nearly two years later, however, the most ironic thing happened: one of AT&T’s employees found the phone on a sand patch in the desert during a trek. After a local AT&T store identifed who the SIM card belonged to, it was only a matter of time before the recording and the data made their way back to the Stanford team.

As it can be seen in the video they uploaded on YouTube, the camera’s angle changes gradually from a ground view, to a bird’s view, and then to a plane’s view, and ends with an astronaut’s perspective.
Image Source: Quartz